Please tell me about your 2022 Edinburgh Festival Fringe show!

Hello, I’m Sarah Mills. I’m a disabled writer, performer and content creator from Stevenage.  I am bringing my show BADASS to the Pleasance this Summer. It’s about my experience with Bowel Cancer, which was a bit of a nightmare. The show is probably the only one to spend so much time in the gastrointestinal tract.  It’s very brave – I don’t think anyone else will talk about their bowel movements as much as I do on stage. I think it’s also possible to say, it’s the only BAFTA Rocliffe winner that started as a show, got turned into a script, and then got turned back into a script again! It talks about invisible disability and is unapologetic in that.

I love the Fringe!!  It is my favourite time of the year – it’s like Christmas for egotists!   But seriously, there’s nothing else like it – once you arrive into Waverley (after enjoying those spectacular views off the East coast from the train) and smelt that hoppy Edinburgh air, you know that the fun will begin once you’re off the train, and it won’t stop again until you leave!  I’ve been coming up as a punter since about 2002 and always marvelled at the people brave enough to ‘put themselves out there’ at such a global arts festival, where the competition is so fierce.  I always wanted to perform there, and especially at The Pleasance – and finally with my bum trying to kill me, I’ve been given the perfect story to tell.  If you can’t tell your story about bum cancer at the Edinburgh Fringe, where can you tell it?

I’m honestly gutted that Deborah James (known also as Bowel Babe) won’t be able to come and see the show as she really inspired me to talk louder about Bowel Cancer. I only ever met her once, but I did always envisage her being in the audience someday. People like Floella Benjamin, who lost her mum to Bowel Cancer, and survivors of bowel cancer also inspire me. My comedy idols such as Johnny Vegas, Vic & Bob, Rhys Nicolson, Harry Hill, and French & Saunders continue to be an inspiration to me to do things like this and take a show to Edinburgh!

Catherine Bohart because she is a shining light of good and joy.  Alison Spittle, for much the same reason.  Sikisa, who is one of my best friends.  Mark Watson, who is also producing me, and who I both admire furiously and am indebted to.  Tom Mayhew, because he is a kindred spirit: we’re both talking about tricky topics, but they need to be heard.  He does comedy around the benefits system, and I have also struggled with signing on while I was being treated – we need to hear from more comics like Tom.

What would you say to you 10 years ago?

“Believe in yourself, drink water and check your poo” 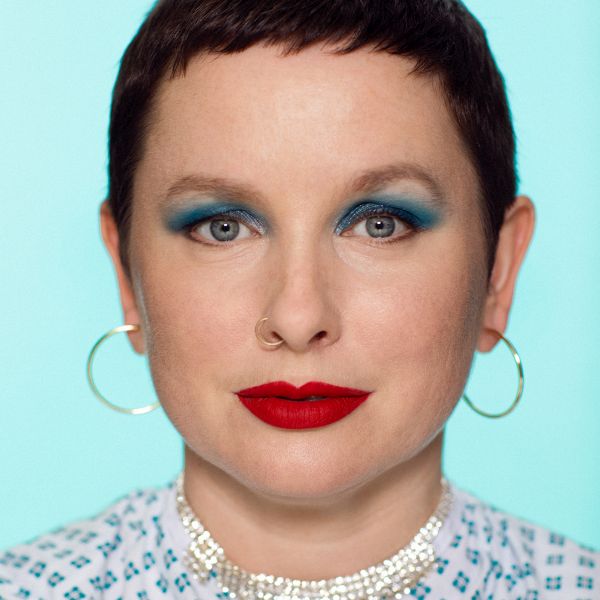