Our show is all about our experiences of parenting. What child hasn’t heard the immortal phrase ‘I’m not angry, I’m just disappointed’? Frustrated parents everywhere been uttering this for centuries, in a variety of different languages, as they face the inevitable ups and downs of raising kids. This relatable title says it all; being a parent can be tough!

“Not Angry, Just Disappointed” is a personal and amusing take on parenting by Rachel and Colin who relay their very different realities of parenthood. Touching on subjects including being a step-parent, dealing with neurodiversity, raising bilingual children and recalling the hilarious and embarrassing consequences of being a scatty Mum, this show is must-see for parents, aspiring parents or indeed anyone who has ever had a parent!

This is our first Edinburgh show in real life! Colin and I met online during lockdown and ran a weekly, successful Zoom show to support comedians and give people stuck in their homes some entertainment. This was the start of our company Sounds Proper Comedy. Last year we streamed our online showcase as part of the Online Edinburgh Fringe Festival, hosting some great pro- and semi-pro comics such as the Scottish Falsetto Sock Puppet Theatre, Rachel Creeger, Sarah Mills, Stella Graham and Mark Simmons. We also put on a split show, together with our pal Jaleelah Galbraith called “Absolutely Themeless”, in which we all did our own 20 minute stand-up set based on own experiences and musings, which had no correlation to each other whatsoever (hence the title!).

We’re now excited to be putting on this show in person, in Edinburgh. Colin has never been to Edinburgh before. Rachel has played a few shows as part of a compilation of acts from Amsterdam back in 2019, so this is all very new to us. We do have experience with festivals though; last year we organised and hosted 24 hours of comedy across 2 venues for the Nottingham Comedy Festival and also performed our own show about parenting (which was then called “Blink & You’ll Miss it”)  as a Work in Progress, as part of the festival. We received positive responses and decided we wanted to work on it further to get ready for Edinburgh 2022!

Colin appreciates comedy which touches on subjects such as religion, politics and the human condition and enjoys dark and absurdist wit; he is inspired by comics like George Carlin and Eddie Izzard. Rachel is a huge fan of observational, relatable humour and grew up being a big fan of Victoria Wood. She’s inspired by contemporary comedians like Russell Howard, Dara Ó Briain and Sarah Millican.

Why have you chosen to perform as part of Alex Petty’s Free Festival?

After visiting the Fringe for the first time in 2019, Rachel started researching how to go about putting on a show and asked around for a lot of advice. The Laughing Horse Free Fringe was repeatedly recommended. Rachel’s first ever comedy experience, when she finally took the plunge 5 years ago (after secretly wanting to be a stand-up comedian for over 20 years…) was with the Laughing Horse. She did an intensive weekend course in London, loved it and never looked back! We also performed as part of the Free Festival online last year and had a great experience, so it was an obvious choice to approach Alex Petty again this year when we decided to put on a show at Edinburgh.

Sounds Proper Comedy is a comedy production company owned by Colin Etches (founder) and Rachel Morton-Young. Colin currently lives in Nottingham and Rachel in the Netherlands, so we are an Anglo-Dutch organisation, established during the lockdown as a way of supporting comedians during a difficult time, as well as giving audiences the opportunity to enjoy live comedy from their own homes. After quickly gaining a positive reputation for our free weekly Zoom showcases, Sounds Proper Comedy was inundated with requests from acts wanting to perform, and soon an online community was created.

This community incorporated online open mics gigs and showcases, writing groups, workshops and charity gigs, raising over £1.000 for good causes. Due to the nature of being online, comedians from all over the world have benefited. We also gained a lot of support from the disabled community, who were able to enjoy live comedy without having the challenges of visiting a comedy club (many of which are still not accessible).

After the lockdown eased, the organisation launched live gigs in the UK (Nottingham) and the Netherlands (Utrecht), with plans for further expansion this autumn (including Coventry in the UK, the Hague and Maastricht in the Netherlands). Our venues are fully accessible, and we embrace a spirit of community; for example, in Utrecht we work closely with the local Expat group and each gig is combined with a Meetup event as a way of international getting to know one another. Whilst our focus is now very much off-line, we still run the occasional online gig to enable acts to preview their festival shows and to raise money for charity.

Setting up and running Sounds Proper Comedy has been a great experience for us as relatively new comedians (Rachel has been performing since 2017 and Colin since 2020); we have established a very supportive network of comedians and learned a lot. It’s also given the opportunity for UK-based comedians to easily come and play in the Netherlands and vice-versa. Running and hosting our own shows has helped us both grow as comedians and develop our material. 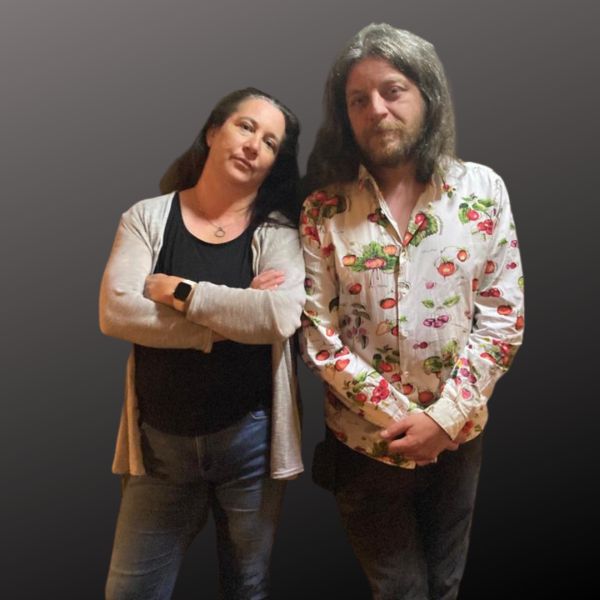