Honeysuckle Island is a pensive, bittersweet piece about lost love, with an original score performed by a chamber orchestra. We are also doing a show called Hair at the Pleasance, which is a high energy musical comedy show about gender, but that’s not important right now.

How did you meet? When did you start performing together?

We met at age 10 because our parents’ live across the street from each other. Rachel is a year older, so her mum asked her to walk Ruby to school (Dunraven, Streatham) on her first day. Nobody told Ruby this so she walked straight past Rachel, who quietly tailed her for a few weeks like a tiny bodyguard. Eventually we got talking, just like in the movie (The Bodyguard), and found out we were both really into skateboarding and playing videogames. Our friendship of beautiful convenience was born.

We started performing together in 2015, and we were a totally different act- we did very silly sketches, instead of the deadly serious songs that we do now.

Is it fair to say that you already have a cult following at the Fringe? Is this year a step up?

Well, it’s a kind thing to say! The Free Fringe is where we gained most of our performance experience in spaces of varying quality, including the basement of a nightclub and a venue that became a building site halfway through August. This year is definitely a step up, we’re doing a totally different style of comedy and it’s the first time we’ve been in a venue that has lights.

Tell me about The LOL Word

The LOL Word is a blast. It’s a queer comedy collective that we founded and run alongside our dear friends Jodie Mitchell and Chloe Petts. We platform queer women, trans, and nonbinary performers. You can see The LOL Word running our regular night at SOHO Theatre, and up in Edinburgh running late shows at The Monkey Barrel every weekend. It’s going to be chaos and we’re very excited.

Is it true you guys are both really ripped?

Yes, it is. Thank you so much for asking. 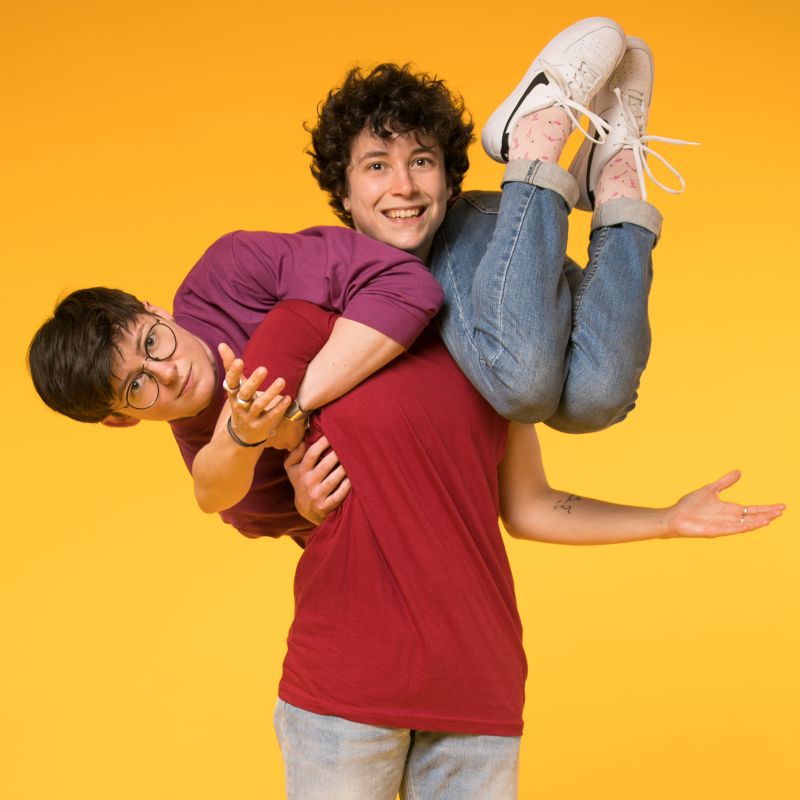