The Referendum Review Show features music and comedy from Graham de Banzie, Alex Cox and Ewan Park, as they provide their own take on the Scottish independence debate. The show comes to the Edinburgh Festival Fringe after a sell-out run at the Glasgow Southside Fringe Festival. Martin Walker talks to Graham about his involvement.

“The Referendum Review Show! It does what it says on the tin – a comedy review/sketch show that takes an irreverent trawl through the issues surrounding the great Scottish decision on 18th September.”

“I think the Laughing Horse is what the original Edinburgh Fringe set out to be – an opportunity to put high quality work that doesn’t cost the audience a lot – or anything! It is also really well organised and has great venues and equipment – can’t wait to start!”

“I’m not strictly a stand-up, although I do write for actors who will be standing up and delivering to an audience with only a microphone and some sound effects. The three of us – Alex, Ewan and myself are local writers and we all have different styles, so you’ll see a mix – but we’re all bitter, twisted and fairly cynical and that is reflected in what we write!” 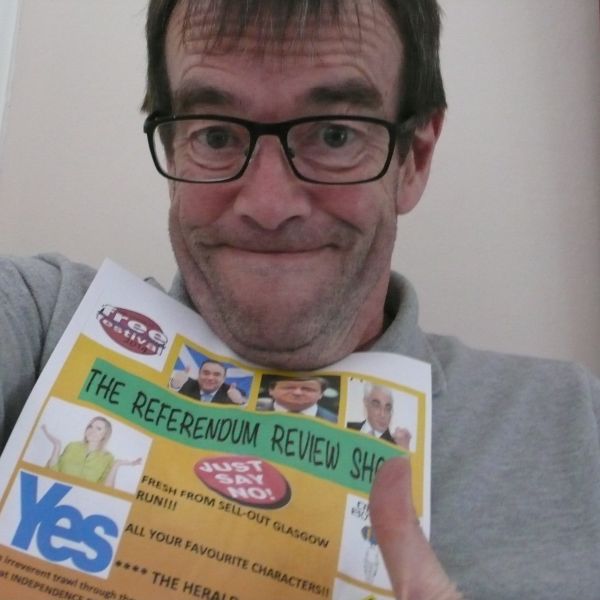