Where Are We Now is emotional, musical, dark and personal. It’s a musical investigation of what is happening in the world right now.We fired over a Q&A to Camille to get more info.

Hi Camille, tell me about your show.

It’s called Where Are We Now. That title comes from the David Bowie song of the same name. And I suppose I wanted to react to the world and where we are in it just at the moment. And also in my own situation I guess too. It’s definitely got two strands to it. It’s looking at the loss of David Bowie and Leonard Coen, who inspired me to become a singer. It’s a reaction to this mad world we live in of selfies and twitter and Facebook and politics, but it’s not going to be something preachy I promise. It will all be done through the music so I’m choosing songs from PJ Harvey and Radiohead. It’s my own musical spiritual reaction to everything that we’re going through right now and what is happening to the world that we live in. I’m sitting here in Galway trying to make robotic sound noises and get phones to light my face and just looking at how to make that theatrically happen. One of the songs includes my favourite saying that ‘There is a crack in everything and that’s how the lights get in’. I love that because I think it’s true. Things aren’t right but we can still see the light in things. My show will be funny and dark in a humorous way.

It’s like a beautiful painting but one that has been carved out of stone. It’s one of the most beautiful cities in the world. I’ll never tire of it. Sometimes I like to spend a week after the festival to just hang out there. It feels close to what Ireland is about. It’s got a bonnie majesty to it. It’s got grandeur and it’s got the wild baron thing going on too – which is in the land and the buildings and also in the people.

My inspirations are the people whose songs that I love to sing, such as Nick Cave and Leonard Coen. And I was such a fan of David Bowie. He was the main reason I wanted to sing. I can’t let go of his songs and the inspiration to perform them has changed since he passed. When you’re inspired by someone like that you want to continue the inspiration on for other people. Then on a more intimate level, there’s Fergal Murray who I work with on piano and is literally my right arm. Those people are all very charismatic performers so you don’t want to copy them but you are aware of the spell binding magic that comes from them through the music.

The best experience on stage – they would be probably when we played places like the Sydney Opera House or Royal Festival Hall. It was incredible to perform that evening for Yoko Ono – performing with John Lennon and David Bowie’s guitarist on stage at The Royal Festival Hall. I’ve toured with The Pogues before, but it was magical when they asked me to perform Fairy-tale Of New York with them at The O2 for the 30th anniversary of the release of the song. I always loved that song and I always loved Kirsty McColl so it was an honour to be singing the lyrics that she sang so brilliantly.

The worst experience would be getting electrocuted by fairy lights on stage, but having to carry on singing anyway. Or another terrible experience is when you start out as a singer and you’re performing to less people than are in the band.

I don’t read reviews and I couldn’t tell you, honestly. I’ve been very lucky over the years, I believe. Then unlucky too sometimes. We’ve got a 5-star reviews in The Times last year and in The Guardian too. Then I remember there was a bad one that my mum couldn’t tell me about and her reaction broke my heart. So even though I never read it, that review still haunts me to this day. I can’t do bad reviews if they’re quite personal. Critical ones are OK but not the personal ones. If you can’t read the bad then you shouldn’t read the good. If you only read the good then you will go under and drown in a pool of your own self adoration.

Well I was a painter first and then architecture, so I think I’d go back to painting. I like the solitude of being alone in a room with a canvas and paints so I can create something from that. I don’t know how I ended up in front of an audience as I’m actually quite shy. I’d be happy in a room with an easel and a cat for company. The singing isn’t always about how you’re doing in your career and sometimes you need to give things back and go to old folks homes or schools and do it for a different reason so that you can remember why you’re a performer and that it’s about entertaining people with your music and your songs.

I haven’t had time to read a last book because I’ve been creating and working on shows, so they’re the books you’re reading. So I’d say that as it’s because I’m performing a play in Galway just now. I’ve not had much of a chance to do anything else.

What’s the most important thing in your life. Not including your work.

I think that it’s kindness and empathy and family and friends and animals if you have any.

I suppose it would be a variety show full of performers and musicians. I’d want to get the likes of Nick Cave and Tom Waite. I love thought provoking people, so I’d be want to do interviews with directors and theatre writers. Like in the good old days where people went on to actually chat, but an updated version. Not like an entertainment show – more like Newsnight meets The Royal Variety Performance. With a row of cats in the front row for no obvious reason but just so the cameramen can get shots of the audience and keep going back to this row of cats sat in the front row. 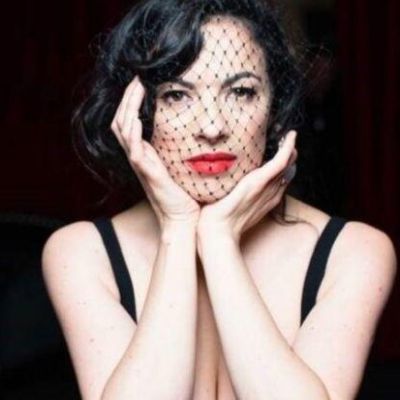