Infra Dig is the follow-up to award-winning Edinburgh Festival Fringe show Pressure Point. At last Danny Ward is on the up. He’s escaped living in Auntie Annie’s conservatory, upgraded the T-reg Polo and even bought some red trousers…

“It’s a show about pride – and trying to find some. Infra Dig is Latin slang for beneath my dignity – not much is, it turns out – I’m hoping the title will attract all the Guardian readers that lurk in the Pleasance Courtyard. I just need to get ’em in and then I can tell them about my bad back.”

You first appeared at the Edinburgh Fringe in 2009 and have been back every year since. How important is the Festival and what keeps bringing you back?

“It’s a tax deductible busmen’s holiday. I love the food and the weather. Also I spend the whole year on the road so it’s nice to keep still for a month.”

“I have to say Tania Edwards because she’s typing this for me on the phone as I drive us to Latitude. She’s just made herself my co-host. We’re going to invite Paul McCaffrey, Luke McQueen and Katherine McRyan. We’re calling it the Mcs…” 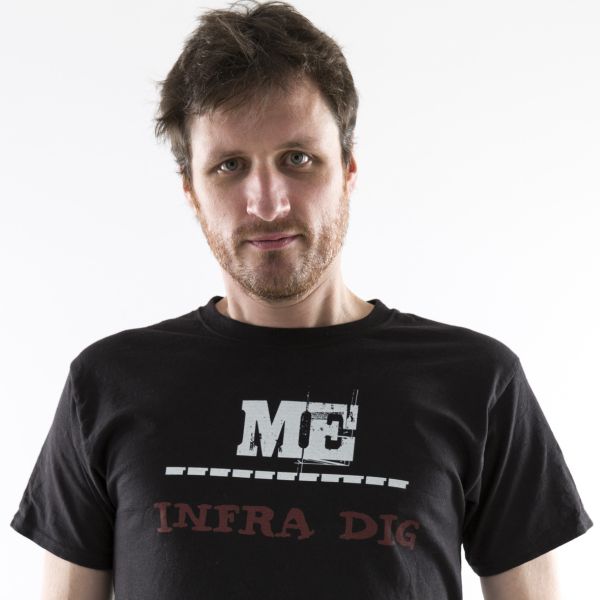