According to her Facebook page, Susie McCabe has spent many years smoking fags, playing Xbox and having enthusiastic banter with people from all walks of life. Of-course she is a stand-up comedian, what else could she be? Martin Walker asks about her Edinburgh Fringe show, Tourist Misinformation.

“It’s basically an hour of nonsense where I discuss the varying degrees of humiliation I have suffered when holidaying at home and abroad. And why I bother going on holiday, or – to be honest – why I am even allowed out.

What made you decide to do Edinburgh this year?

“I dipped my toe in last year with two sell out Saturday Shows at The Newtown Bar. It was great fun and I managed to bag two four star reviews – including one from your good selves. A run at the Fringe can only make you a better comedian. As I still work during the day, and will be working during the run, I had to consider where I would want to play and what I would want to achieve.

“The team at the stand have always been so supportive of my work and I was overwhelmed when they offered me Stand 4 at 7pm – allowing me to work during the day and follow my passion at night. Stand 4 at 7pm? You couldn’t ask for more than that for your first fringe run!”

“I think for me it’s a question of ability. If you’re good enough you should be on the show regardless of gender. To say we are not having all male panel shows because women need opportunity and chances is a bit patronising and undervalues the contribution a woman can make to comedy. There are female doctors, scientists, tradesmen… Nobody says when they are recruiting ‘Can we get a female scientist?’

“As for BBC3, like any TV Channel you have to look at the product on that platform and I think they gradually ostracized the majority of the viewing public as they honed in on their target demographic.”

Once gay marriage is legal in Scotland do you hope to tie the knot one day?

“Last year I had my Civil Partnership. It was a great day but no one needs to endure that stress again, even if it is for an upgrade!”

“Bruce Devlin, Allan Carr, Joan Rivers… I have sort of taken the fifth as not to offend, it’s so much easier. 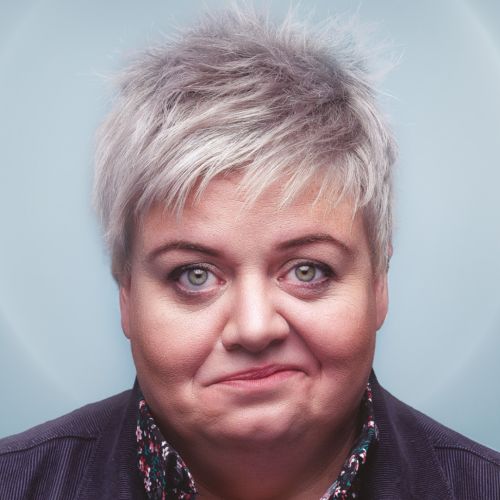