Athena Kuglenu is an up and coming comedian based in London. She writes a popular blog Stupidity in Painless.

Why did you decide to be a stand-up comic and how did you get started?

“Friends and colleagues had been telling me I had a good sense of humour for years. Some stand up I was seeing at the time didn’t impress me, so I figured I should give it a go. I wanted to see if what I did in real life could translate into a knack for the discipline. I’m still working on it!”

What are your best and worse experiences do far?

“Worst experience was London Comedy Store Gong Show. I wasn’t ready for it. I felt like a battery farmed chicken – extremely insignificant. I was described as a comedian the MC would most “would like to fuck” on the night. Lovely!

“Best experience was getting some nice feedback from industry pros after a ‘pop idol’ style gig run by Quincy the Comedian.”

What do you talk about on stage?

“I talk about myself, where I come from, what I like doing, my relationships, my life experiences. I have jokes of a sexual nature which I’d never imagined I’d end up doing but I’ve found them to be quite freeing. I also try to reference history and politics. I feel a responsibility to flavour my comedy with my take on the black British experience.”

“In real life, yes. And I would like my comedy to be more so. But politics in the UK has become funnier than anything a comic could invent. Boris Johnson has been mayor of London for over 6 years, for goodness sake.”

The BBC has recently banned all male panel shows and is axing BBC3. Do you have a view?

“I think they should have axed all male panel shows without announcing it. It’s a good idea undermined because now the presence of women will look token. Why did they announce it? Are we supposed to be grateful? Better that audiences were none the wiser.

“I have no view on axing BBC3. It seemed more of a docu-entertainment channel than a comedy channel to me. It’s just a development that’s part of a wider debate on how the BBC is funded and what it invests in. But that debate is boring so I won’t say any more about it!”

If you were curating a TV stand up show, who would be your guests?

“Richard Pryor, Gina Yashere, Curtis Walker, Chris Rock, Bob Monkhouse, Felix Dexter, Paul Whitehouse, Charlie Higson (in fact everyone from the Fast Show), Bernie Mac, Patrice O’Neal, Joan Rivers, Graham Norton, Eddie Murhpy, Omid Djalili…it would be a long TV show. And difficult due the passing of a few of these greats. But I figured this was like a ‘dream dinner party’ thing.”

What’s next for Athena Kugblenu?

“Continuing as I am. Gigging until my car odometer explodes, working on making an amazing twenty minute set that promoters will be scrambling to see and hopefully raising my profile.” 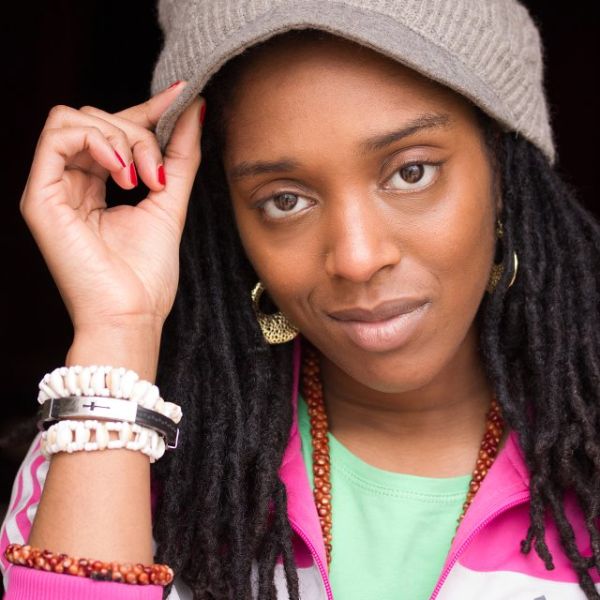