Tell me about your 2022 Edinburgh Festival Fringe show, Marathon, 1904.

My show Marathon, 1904 – you’ll never believe this – tells the story of a Marathon that took place in 1904. Specifically, the 1904 Olympic Marathon in St. Louis, Missouri.

It was probably the wildest, most calamitous race in the history of the Olympics, but the story has been somewhat lost to the sands of time. It’s an utterly mad tale of cheating, stupidity, corruption, lots of dust, wild dogs, raw eggs and rat poison. And it all really happened.

I came across this story randomly a few year ago and was surprised that I’d never heard it before. How could a story this crazy not be more widely known? Why aren’t we teaching this in schools, if for no reason other than to discourage people in their 30s from attempting marathons?? So I decided to share it the only way I know how, by making myself the centre of attention. I know little about sports and I’m a decidedly average runner, but I am a skilled actor who can do up to four different voices. And I will be using all of them to bring this tale to life on stage before your very eyes…

You’re a comedian, writer, and actor. You’ve succeeded in all three, all be it in sometimes linked careers. But which comes first? Are you happiest writing hit TV comedy shows at home, performing live on stage in front of an audience, or acting in a serious TV drama?

I guess I’m happiest when I’m gainfully employed, which is rarely! I love writing from home because I get to have as many tea breaks as I like. The downside is the actual writing part, which I cannot recommend to anybody. I love performing in front of a crowd for the instant feedback of laughter. I do not love performing in front of a crowd when they supposed to be laughing but aren’t. Reverse applies to acting in a serious drama. If I’m doing serious acting and getting laughs, you can bet I’m furious.

I think I just like creating things, on my own and with other people, I’m not picky!

I would say my greatest passion of all is probably lying down.

You’re originally from Wellington, New Zealand and are now based in London. How does the comedy scene differ between NZ and the UK? Do audiences laugh at different things?

When I started out doing comedy in Auckland there was only one comedy club, The Classic. The scene was really small. Nowadays… actually there is still only one comedy club! It’s still small. But I think in some ways the comedy scene in New Zealand really benefits from being tiny. Everybody is very supportive of each other, and you learn quickly to diversify your skills and really work hard to find an audience. I think that’s maybe why proportionately New Zealand comedians are doing so amazingly on the world stage. Either that or our accents are just funny.

Personally, I’ve found UK audiences to be really warm and generous and good looking. And very willing to just go and buy tickets to a comedy show after reading a Q&A.

Is it true that you were once a Power Ranger? Tell me about that.

It is true. I was the Yellow Power Ranger in Power Rangers Mystic Force, the 14th season of Power Rangers. A lot of people don’t know that Power Rangers had a 14th season. Well it did and I was in it! Our season was sort of Harry Potter themed. We all had capes and flew around on broomsticks and our morphers were flip phones that transformed in wizard wands. We lived in a tree. It really sounds like I’m making this up, but I swear it happened.

Just before the pandemic I was invited to a comic convention in Coventry. I thought it would be a laugh. The first person I saw at the convention pointed at me and said, ‘I recognise you,’ I braced myself for the adoration of a longtime Power Rangers fan and then they said, ‘I saw you eating alone at TGI Fridays last night.’

I hear you have adopted a sweet old cat called Helen, do you know how she got to be so cute?

I’m so sorry I don’t know the answer to that. But believe me I am trying every day to get to the bottom of it. 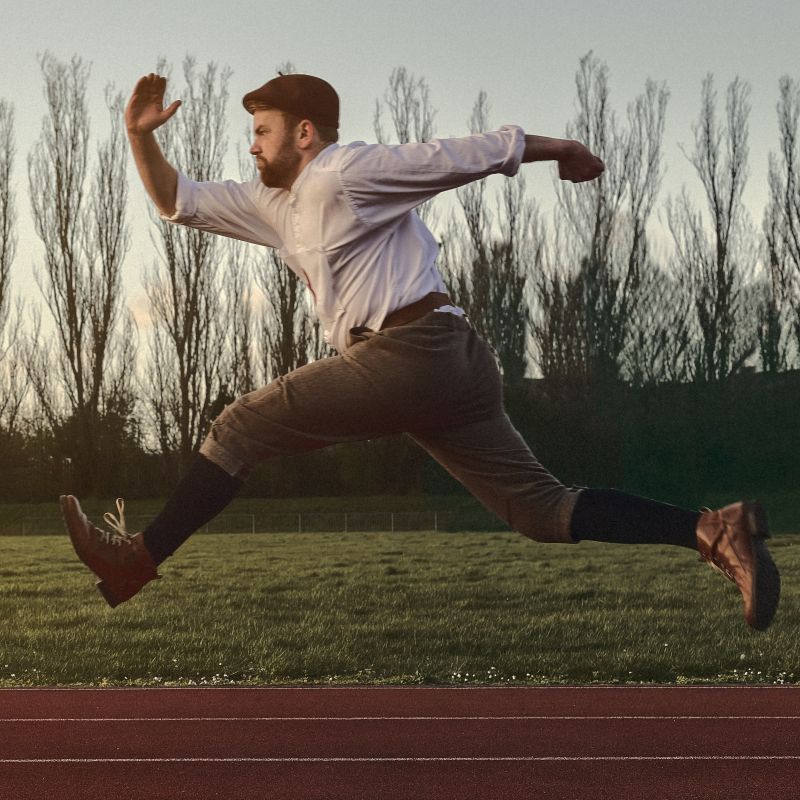