Tell me about your 2022 Edinburgh Festival Fringe show, Silly Boy

In a nutshell, it’s about my SILLY life and my SILLY brain and why I am the way I am, and the things I’ve gone through and what I’ve learned from those experiences that have helped me that I think might be of some value.

I also wanted to make people FEEL what it’s like to be me. (I’ve had quite an extraordinary life)

The show is about how my brain/mental illness affects me and all of the strange, funny situations I’ve landed in because of it.

I hope people don’t go “sigh mental health” because I promise It will not be like anything you’ve seen before.

The reactions have honestly blown my mind.

My aim was to take about  some of the darkest parts of my life but make it as funny and silly and joyous as possible… and from the reactions so far I appear to have succeeded.

(but I guess you’ll be the judge 🙂

If you like to laugh and feel feelings, you should come.

I’m told that on leaving school you became a bin man and a cleaner. Describe the journey from doing low paid (all be it very important) work to appearing on stage.

Basically, to cut it short.

I left school with no GCSES. Started cleaning and doing whatever i could.

But my personality was just too big for stuff like that…I’m just too unhinged.

I didn’t understand school or uni or academics….so just thought “right i need to get on the telly…all the people i like on the tv all seem unhinged and have money (Robin Williams/Jim Carey/Rik Mayall etc)….i’ll just do that!”

So I headed to London to figure out how to get into the telly.

And little fact my eventual comedy writing partner I actually met because he attended the school that i cleaned!

We met back in Yorkshire where i’m from….but both moved to London separately then found each other in London and started writing comedy together.

In terms of pivotal moments, the way I got an agent was quite funny/a stroke of luck…

We started writing a Private Eye character who I would perform as on stage.

We were in SOHO  fly-  postering illegally for one of our shows….and someone shouted “OI YOU”!

And we bolted off.

But then the person shouted…”NO WAIT I’M FROM PBJ MANAGEMENT”!

Anyway it turned out she’d seen our posters around and thought it looked interesting…and she came to our show…and then signed us.

So that’s how that happened.

Then I started to get auditions for things…and it made it easier to get my own ideas in front channels/people of influence.

But I’ll be honest, it’s been WAY more messy and chaotic and bizarre than i can write down here. I don’t have time. A totally insane ride.

Plus, the whole journey has been alongside me going in and out of psychiatric wards and losing my mind (as you will hear about in the show)

So basically my journey has been very messy. Very slow. Very up and down. Lots of bad luck. Lots of good luck. But that’s the way it always is right?

You’re an accomplished scriptwriter, actor and comedian. Which do you prefer?

For me it’s DEFINITELY stand up.

It just works for my personality and the way my brain functions (the immediacy of it).

It’s such a beautiful thing. I could actually cry thinking about it too much.

I only found it relatively recently…but its defo saved my life.

I’m not even kidding.

Screenwriting and acting are good and everything…but you are constantly begging for someone to give you a break. It’s bad for your self worth  (for me anyway).

When if you could have just made it and put it on TV, people might have actually LOVED IT. But you will never know.

You rarely get to see an audience’s reaction to your ideas unless they are commissioned…which is a TINY amount of stuff.

STAND UP however is the opposite of that….i have an idea in the day…then that night i get to go and say it to a room full of humans.

And the best bit is I know IMMEDIATELY if that joke is funny or not.

No waiting for months for feedback by some jaded guy sat in an office.

It just works for my brain…and you get to go on stage and say ANYTHING YOU WANT!

How easy was it to get back on the stage after lockdown?

Ahh It was Heaven. (but a shaky rusty heaven)

Doing stand up for me is everything.

It gives me my sense of self-esteem,my purpose, therapy and sense of connection.

When it was taken away I was like “what the hell do I do now”? Who am i?

I don’t really drink or do drugs any more as stand up fills that spot (the adrenaline the buzz etc.) it is also highly addictive. I found myself going cold turkey…and it wasn’t pleasant.

Getting back on was probably the same feeling someone who loves playing football would get given his first ball to kick around after 2 years.

Also, I found myself more grateful for a smaller audience.  I was like “great 12 people GET IN”!

I wish you could have asked me..

Who do you think is younger, Ralph Macchio who plays the Karate Kid…or Nigel Farage?

Because I would then answer “Nigel Farage “and blow your mind, as that is the correct answer. 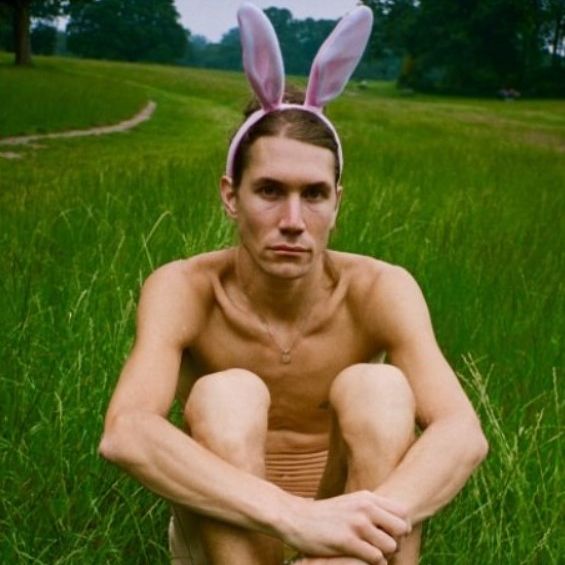