The future. The mechanised labour force is disenfranchised. Enter A Robot, determined to teach the grimacing machines how to laugh. This stand-up showcase at the Edinburgh Festival Fringe features the best in alternative up-and-coming talent, including the incomparable Malcolm Julian Swan.

“It’s not my show. I’m just a lucky guest on Andy Barr and Nathan Willcock’s showcase show, A Robot Presents...

“I open up with a performance piece called Hole that is subconsciously derivative of genuine comedic talent The Human Loire. I then morph in to a lamb called Malcolm Julian Swan who will entice the crowd to sing about Bernard Matthews, contemplate modern day capitalist consumerist society in Basingstoke, and see how much tension I can build up as a lunatic act with what comedic nerds term as Storytelling.

“Or you could see it as a man in a mask, a blonde wig and a turtle neck trying to be interesting. Describing it as ‘Absurdist’ is lazy, but helpful.”

Why did you choose to perform as part of the Freestival?

“I didn’t Andy and Nathan did. I tried to get on to Bob Slayer’s Bunka gig, but he wasn’t having it. Probably too punk for him or something, the bourgeois prick. I’m sure he’s a lovely guy, but he accidentally punched me at The Weirdos ‘The Colonial’ gig last year.

“Having said that, Freestival have some outstanding shows on, and I am genuinely grateful for these gigs.”

“At heart, every performance is trying to replicate Carly Simon’s Joie de vivre in the music video Why. I seem to build up tension, and sometimes this is relieved through a bad pun/wholly original performance art piece.”

“I did Angel comedy in August last year. Everyone else was at Fringe. I killed it, with the MC in tears of laughter. Never got asked back because I didn’t bring a friend with me, and went over the allocated five minutes by a minute and a half. The machinations of the London Open Mic scene, or shoddy admin….

“The Idiot Factory at Ryan’s Bar in Stoke Newington is probably the place I love performing the most. Martin, you should make more people aware of this great night instead of interviewing that right wing twerp Jim Davidson.”

“I would coax the author Dan Rhodes with biscuits to read and narrate his brilliant book When the Professor Got Stuck in the Snow, and have Michael Brunstrom perform as Richard Dawkins, and Adam Larter as the character Smee. Now that all television is bullshit, I don’t see it happening. Maybe a Radio Four job? BBC is a load of tripe these days, sod television, take it to the street or make a no budget film for YouTube. 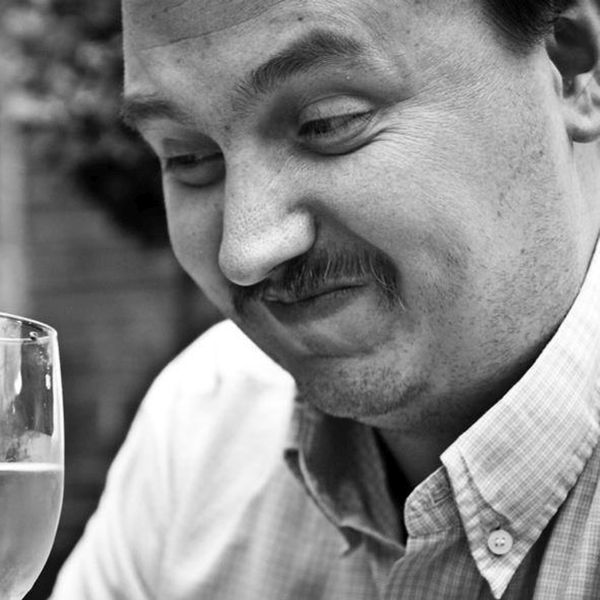