Hi Henry, tell me about your 2022 Edinburgh festival fringe show, Afghanistan is Not Funny.

Hi! Well, it’s an unusual show. The best description I’ve heard of it, was that it’s a docu-play. There are photographs, there are laughs, and there is human tragedy…

..it’s basically an account of my trip to Afghanistan with one of my best friends Sam Maynard back in 2002, immediately after the war.

I went to research a play I was writing… but the experiences we had were more extraordinary than any fiction I could come up with.

We were nearly blown up by a landmine… We went to a refugee camp; went to a prosthetic limb centre; met women who had been oppressed under the brutal Taliban regime… We were abducted by a group of angry Mujahedeen… We had machine guns pointed at us by angry Americans… We even had a war criminal threaten to ‘take us out into the middle of the desert and make us disappear.’

You travelled with leading Photographer Sam Maynard. The show will be illustrated with slides of his photos. How important was your friendship given the extreme situations you faced together?

Quite simply I would not have had the courage to go to Afghanistan on my own. Going with one of my best friends gave me the strength. Particularly as Sam is a very experienced press photographer as well as a tip top director. He’s been Scottish Feature Photographer Of The Year twice!

With his experience, I figured that he would know what to do in extreme circumstances. But the circumstances were more extreme than either of us bargained for. It was crazy. And honestly, it’s quite hard to understand why we did it…

..we were young men, we probably had too much testosterone… We egged each other on. Made each other do things which we wouldn’t have had the courage to do on our own. Crackers, really.

And it was this extraordinary journey that transformed you from a popular stand-up comedian into a leading playwright?

Yes. Frankly, I’d spent my career, before that trip, writing and performing jokes about the week’s news. Basically, I was commentating on global events – whilst hiding behind a desk or a microphone.

But travelling to Afghanistan changed my perspective. It was extraordinary actually being in the middle of a news story. It made me realise that, as artists, we have a responsibility. I used to think I was ‘doing my bit for society by poking fun at, and highlighting, injustice.’ But Afghanistan made me realize that it’s not enough to make people laugh. We have to make people FEEL. And so I switched from comedy to comedy-drama. Because if, as artists, we want to change the world – we have to stir our punters.. try and inspire them or make them CARE about issues. And then, we might effect some meaningful change.

How do you feel about the future of Afghanistan?

Uncertain. I mean, the country’s so volatile…Every decade or so, there’s a completely different systems in place.

It was a hippy hangout in the 70s; (there’s even pictures of women in mini-skirts on the streets of Kabul). Then the Russians occupied in the 80s; then came the religiously repressive Taliban in the 90s; the occupation by Western forces in the 00s, followed by a flimsy democracy.

Why are you telling this story now?

Well, The Taliban has just returned to power in Afghanistan. Some of my Afghan friends are in great danger…  and yet the story is disappearing from the public consciousness. We barely hear anything in the press – simply because it isn’t able to report from Afghanistan. It’s too dangerous. So, perhaps it’s up to artists to keep the story alive. 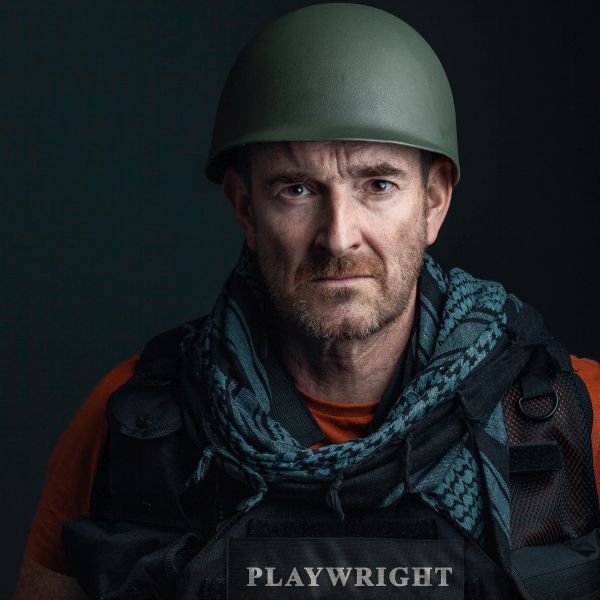