When widower Leopold Clarke is sent to investigate sinister goings on at Lopham House he has no idea of the horrors that await him. Spines will be tingled and gooses bumped this Edinburgh Festival Fringe in this hilariously chilling, Edwardian ghost story from Tom Neenan.

“It’s a one-man, multi-character ghost story set in 1910. Widower Leopold Clarke is investigating sinister goings on at Lopham House. It’s a proper horror story and I play all the characters. It’s spooky and scary and funny all at the same time. It’s fun to combine comedy and horror. I find that the two go together so well – all my favourite films growing up had elements of both in them.”

Do you still perform as Gentleman of Leisure?

“Yes, Nish Kumar and I continue to subject the public to our comedy tours of The British Museum. We’re hoping to do similar on-site shows, in any other museums that will let us through the doors but nothing is confirmed quite yet. It’s was so much fun entertaining audiences in galleries as hallowed as those of the British Museum that we’re secretly hoping to become a permanent fixture – albeit one Greece doesn’t want back.”

“It’s a combination of character comedy and storytelling with plenty of gags and at times some dodgy accents. The best thing about doing this kind of show has been watching the audience get genuinely wrapped up in the story even though it’s just me standing on the stage with a couple of props and a great tech.”

You’ve written for practically every stand up and panel show on TV and radio. What’s the secret of good comedy writing?

“I don’t know, Barry Cryer won’t tell me. I’m very fortunate in that I have only every written for people I find genuinely funny. When I am writing for other people I like to tap into their voice and imagine what they could say that would make me laugh.

“I feel that over the past few years I have developed my personal voice as a writer and sadly that only comes from having written lots and lots of rubbish, until eventually something good starts coming out. Like clear water from an old tap after litres and litres of brown sludge has shot out. So, basically, my advice would be always check your pipes. Hang on, what were we talking about again?”

“Stand ups? Living and dead? It would have to be about nine hours long because I am fortunate enough to know a lot of funny people. I’d get Nish involved obviously. Ed Gamble, James Acaster, David Trent, Nathanial Metcallfe, Josh Widdicombe, Angela Barnes, Bridgette Christie, David Elms and Thom Tuck. I’d ask Simon Pegg to do a one off gig. Actually come to think of it I wouldn’t have any dead stand ups. That would just be upsetting for everyone involved.” 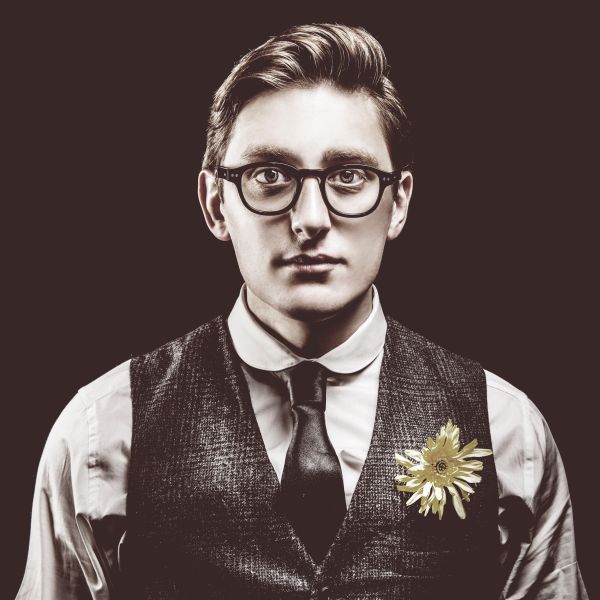