“This is my Edinburgh debut solo show. It’s a cross between cabaret, musical comedy and stand-up. I’ve got a fresh take on impressions. You’ll see stars impersonated like never before; Liza Minnelli will rap with Nicki Minaj, Billie Holiday will sing the hits of Nirvana and Bjork will have a ‘sing off’ with Lily Allen.

“I mimic everyone – from Hollywood stars of the silver screen, including Judy Garland and Julie Andrews, to today’s biggest music divas, such as Jessie J and Britney Spears, via Cheryl Cole and stopping off briefly with Sharon Osborne and Amanda Holden. As well as treating one lucky audience member to live Liza Minnelli Master Class, I do the splits, play the castanets and perform over 50 impressions in under 60 minutes… and 30 of those are in just one song!

“There. I’ve told you way too much. But there are still loads of surprises. It’s on in the Ace Dome and every night. Oh yeah, it has a bar in it! Hurrah!”

When did you start doing impressions?

“I was really annoying as a child. I still am actually. The first impression I learned to do was my pushy Jewish mum. I used to torment my Dad when he thought she’d gone out. When I was about eight, I learned my first proper impression – Kate Bush. I can’t tell you how excited I am that twenty hehem years later, my impression is finally topical!”

Do you have a favourite voice?

“Bjork is always fun. She has so many different tones to her voice. One moment she’s all whispery and Icelandic, the next she’s hooting and honking and practically yodelling.”

You’ve appeared on television many times and you’re an accomplished stage actor. But what’s your first love?

“I think, if I had to choose, my first love would be singing. Singing with a live band. That’ll be my next Edinburgh show. I think I better get this one out of the way first though.”

“Micky Flanagan – I saw him for the first time one Edinburgh, I was utterly hysterical. Lee Mack – He’s a legend. Sarah Silverman – Her TV show is one of the funniest things I’ve ever seen. I just love the way her mind works, her silly songs and the things she can get away with saying. And she’s Jewish. And she’s a girl. I like her hair.

“My headliner would have to be Nick Doody. I’m sure it won’t be long before he’s doing a massive tour and on all the TV panel shows – He writes on most of them anyway. Make sure you see his show this year too!” 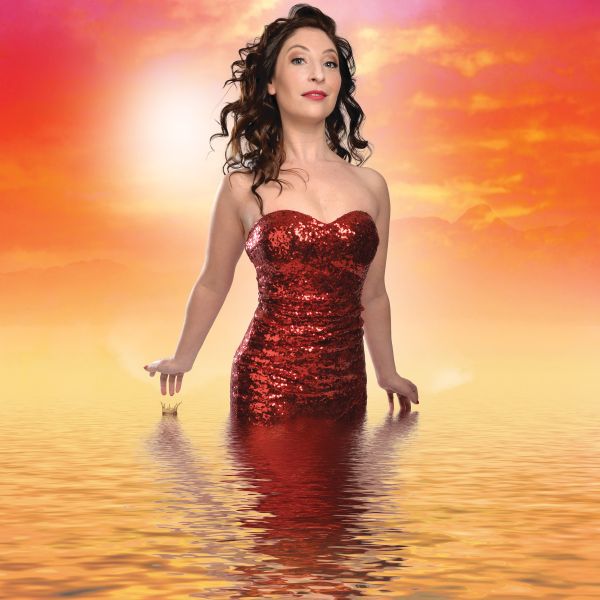