Hi Vix. Tell me about your 2022 Edinburgh Festival Fringe show.

This solo show should have gone up in 2020; I was a plucky, brand new comedian who thought I knew enough to put together 45 minutes; fast forward to two years of stockpiling material and hundreds of gigs later, and I am panicking that I don’t have enough substance for it. I’ll never know if I would have made it work unexpectedly or had such a catastrophic time that I never did comedy again but, either way, I’m glad I had this extra time to prepare. It’s called ‘More Fiction Than Girl’ and is an autobiographical(ish) look through my life in the run up to getting run over by a bike on the Dalston high street, and the decisions that got me there. The other show is my podcast panel show live, late and likely lashed – it’s a competitive anecdotes game that I host – anchored by Rich Wilson and Jenny Ryan, with 2 – 3 new guests every night and I cannot believe the people who have said yes this year.

I was lucky enough to do a week last year and I keep being warned that the full throttle version is nothing like that chilled out affair, which is a little bit terrifying as it was one of the best weeks of my life, but also the most intense; I think I cried about a different version of absolutely nothing every single day, and on the penultimate day I fell off the stage and broke a bone in my foot. It was minutes before my show, my dad had come all the way from Wales to watch it, so I drank a pint of wine and hoped for the best. I’m told it was good, I don’t really remember. I decided to ignore the problem until I got home despite the fact it turned black and only one pair of shoes fit me. I went to Fringe for the first time when I was just getting into comedy in 2019 and purely to watch shows – I came back so intimidated and inspired. Knowing the shows have the ferocity and focus on two extra years of preparation, I can’t wait to see everyone else’s shows. Chaos is my natural element, so I’m mostly excited.

Isabelle, who is one of the brilliant forces behind Alternative Comedy Memorial Society has one of the coolest heads in comedy, as well as a brilliant eye for talent, a real love for comedy and seemingly endless time and energy to support alternative comics. I was lucky enough to meet her and Thom Tuck as part of Mark Watson’s last in-person long show, where I took up the challenge to get over a phobia of public speaking trying to learn stand up. They gave me my first ever gig, and from my very first day, created a little home for me, for advice and care as well as inspiration in the form of their brilliantly bonkers bills – it’s where I first discovered some of my favourite comedians, like the impossibly talented Siân Docksey, Joz Norris and Luke Rollason. Alternative comedians have my heart, despite the fact my material is mainstream – I wish I was cooler, but that’s just how I write.

For razor sharp writing and delivery – Andrew O’Neill, they are so versatile, I’ve seen them smash alternative and mainstream audiences and there are so many levels to the jokes, I never come away from their show without the will to make my material better.

Rich Wilson is one of the best all rounders in the business; you can literally put him in any place on a bill and he’ll smash it – he just builds instant rapport. He was one of the first headliners I booked when I started a comedy night and we got into this weird reverse auction where he reduced his fee to what he felt was a much more reasonable level for the day of the week I was booking him for. That kind of honesty is very much who he is and people really respond to it. He’s an inadvertent co-host for my podcast, which he never officially agreed to, and I couldn’t do it without him. He’s dug me out of many comedy cul-de-sacs.

In terms of comedy heroes, Eddie Izzard is my number one love forever, I listened to her comedy shows like other people listened to Take That albums when I was a teenager. And no list is really complete without Mark Watson who, even before he inadvertently moved me into a completely alternative life as a comedian, was my favourite club comic when I first started going to see stand up in Cardiff. I lived at the Glee Club in my early 20s and I was such a big fan I used my tiny bit of power in my first ever PR job to book him for a corporate gig I was organising, that my ex-colleagues still talk about. I got so much credit for that strategic decision when it was just me selfishly wanting to see one of my favourites. I booked Jon Richardson the year after for the same reason, but that is a story for another day.

Unbelievable. I set myself a challenge of doing 100 gigs in my first year to overcome a comedy trope that you can’t really consider yourself a comedian until you’ve hit that threshold, so I was gigging 3 – 4 times a week when the pandemic hit. I didn’t realise how much a part of my life it was until it was gone, and so I threw myself into literally any online iteration of comedy I could find, went and sat in fields to see comedians through the windscreen, as well as doing what it feels like a lot of people did and starting a podcast. I can only imagine what a relief it must have been to comedians whose careers had seemingly disappeared overnight, to see it coming back to life.

What show do I think every single person should see this Edinburgh Fringe?

Without a doubt that would be Jordan Gray’s ‘Is it a bird?’ I completely fell in love with her when we gigged together about a year ago. It’s a one woman variety show of music, social commentary, and personal stories. She’s led such an interesting life and her pragmatic take on everything is as unique as it’s cool. I’m a huge fangirl – when I’m not doing my own shows I’ll probably just be doing some unsolicited flyering for that. Also an honourable mention for Ada Campe’s ‘Too little, too soon’ It made me laugh and cry when I caught a work in progress, it’s really special. 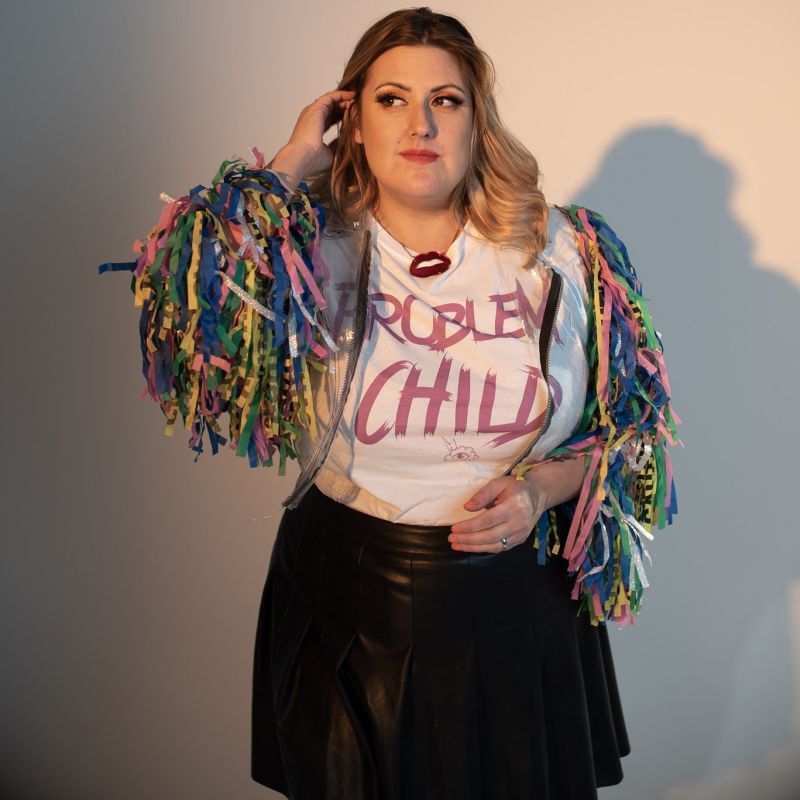