“It’s named after a famous road in Liverpool and based around the musical Chicago. We deviate hugely from the plot by including inspiration from Les Mis and Evita but we stay in prison for pretty much all of it. Our prison bars are made from plastic tubes and are totally mobile so suspension of disbelief is a prerequisite whilst watching!”

Is this your first time in Edinburgh or have you been here before?

“I came to Edinburgh in 1991 with The Liverpool Playhouse Youth Theatre. I was 19 and remember mostly drinking whiskey, Bogling – the nineties twerking to Mary J Blige, and laughing a lot. We came on a coach and my bum hurt for days after, but we had cassettes that the driver let us play and the magic started right there. It was a turning point for me as a young person. I loved the camaraderie and purpose and made some great friendships. I recently reunited with a youth theatre friend twenty years later, producing and appearing together in a play at Liverpool’s Unity Theatre. We laughed a lot about Edinburgh and the fact I was her ‘buddy’ and was supposed to look after her but it was the other way around. I fully intend to soak every ounce of this experience up and not the whiskey.”

“It’s essentially a pastiche told through the eyes of our alter egos ‘Caz ‘n’ Britney’ They mean everything they say and every syllable they sing, so whilst a pastiche it also has a sit com feel. With songs. A bag of Revels maybe? With not a coffee one in sight. Although I love them.”

“Whilst working alongside Keddy, we have had some absolutely brilliant gigs and have met the most amazing people. Playing to 700 women in a circus tent has to be up there as one of my favourites. In my career, I would say Saucy Jack and The Space Vixens and Bad Girls The Musical are my best memories. I got to wear a PVC cat suit which wouldn’t fit over one of my thighs now in Saucy Jacks. It was fun and feisty and silly. In Bad Girls, I got to work in a cast of 15 women and sing our hearts out which rocked my world right there.”

“Ooh….I would like to bring back the format of ’80’s TV show The Comedians – minus the sometimes non PC elements – and give working unknown stand ups the opportunity to try out on TV. Each episode included up to ten acts and seemed like a less exclusive world. I would scout clubs and ask them all to try out!” 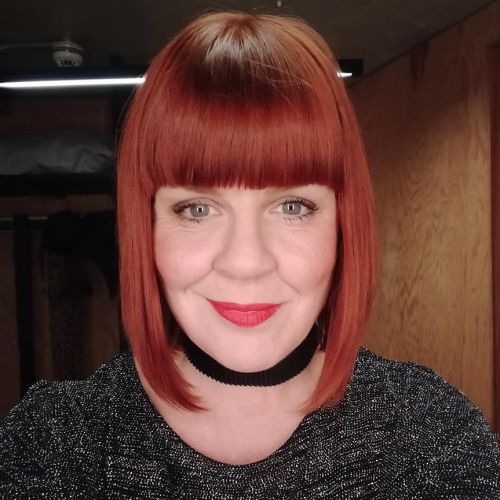