My Edinburgh show this year is called ‘Fopical.’ Topical comedy from a rose wine drinking fop… It’s essentially trying to look at the world and find ways not to be in constant panic. Relaxing tips so we don’t all freak out and spill rose wine on our cardigans. Coming from one of the main cities in flux over the whole soft border / hard border issue I’m trying to look at the bigger issues but also tackle other important issues like fear of massages, being stalked by Dominos pizza and why in acting I keep getting type cast as a priest.

One of the earliest ones was a school talent show where I performed some sketch comedy. We were on in-between a 14 year old doing Bill Hick’s ‘put the terminally ill in the movies’ bit and a band who decided to play ‘Rape Me’ by Nirvana and had their instruments unplugged mid song and suspended from school. We got a £10 book token and a bag of sweets. Play by the rules kids and the spoils of war are yours!

I used to have a glass of rose before going on stage to calm the nerves and then when I had to do the show every day during the festival last year and compilation shows and previews… I realised that might not be a ritual but potential alcoholism. So now as long as I can hear some nice relaxing jangly indie and shuffle back and forth for a bit ala Rain Man, I’m usually fine.

One of my favourite reviews was of my old sketch group from The Scotsman, we were quite young and had a number of songs in our repertoire so I was described as a mix between Macaulay Culkin and Ronan Keating… which I always picture as some sort of Brundle-fly hybrid but singing ‘words’ by the Bee Gees. It was a really good review but that image has haunted me. We only ever got one bad review for the sketch group back in 2009 but it was one that really went to town. I would talk more about it but my therapist says I’m not allowed to go to that dark place anymore and my wife has heard enough of my bad poetry dealing with it…

Like all good healthy well rounded individuals, I know it’s just better to focus on the show and make sure the people in the room are having a great time rather than worry about reviews… so yeah, at about two in the morning in-between night sweats and panic attacks I’ll probably have a quick Google.

I used to be a film and music reviewer for the local paper so “I ain’t one of those self-hating reviewers.” I think they can be important and a good constructive review can really help. But with any review I think if you’re going to be critical then context and constructive criticism is key. Don’t just slate or savage. A well-constructed review even if critical is hard to argue with. The other type is the equivalent of shouting ‘dickhead’ out the window of a passing car.

I think what he did was in bad taste and a stupid thing to do. And makes me think of kind of like that Tide Pod thing. Somebody does something stupid and now we have to signs on everything saying ‘don’t eat tide pods’ when it should have been common sense in the first place. Again context is everything, freedom of speech is very important but so is the underlying factor which should be above all of that; don’t be a twat. I think that’s like the second commandment.

I don’t think so. It’s not the subject that is the issue, more the approach. A comedian should have the ability to talk about any subject but has the duty to approach those certain subjects with tact, wit and context… Not just run flailing into the subject like a toddler in a restaurant.

I don’t think so, I don’t think my audience would let me. I have tested the boundaries but have found audiences don’t like it if I get too rude or dark. It’s probably tied into why I keep getting type cast in plays as a priest. I seem to give off this weird vibe and no one wants to hear a priest do a solid five on feltching.

A personal highlight was the very first full length solo theatre show in my home town of Derry in 2016, it meant an awful lot to me. But when we were still teenagers and in the sketch group we got to open for the brilliant Kevin McAleer as part of the Gasyard Wall Feile. It was my first big gig and a great time with great friends… Aw dang, there’s that well of emotion. I’m off to write more poetry now. 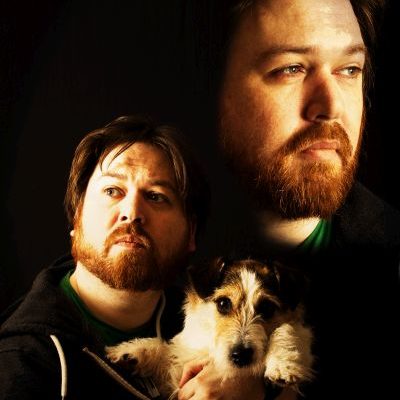