My last couple of shows have been described as playing a bit fast and loose with the truth – 2018 was about me applying for the first civilian mission to Mars after a breakup, 2019 was about me unwittingly and reluctantly being the newsreader for Nigel Farage and Katie Hopkins’ radio shows (both true). This year’s is about me having a torrid time in the American midwest doing gigs for the Amish, and spending lockdown working in my brother’s funeral home. Believe what you want to believe. What’s definitely true is it’s my favourite show of the ones I’ve written, and if you like densely packed, dumb jokes, you might like it. Might.

On TV you’ve written and performed on ‘Mock The Week’ (BBC) and ‘The Stand-Up Sketch Show’ (ITV), ‘Rob Delaney’s Stand Up Central’ (Comedy Central), ‘House Of Games’ (BBC), ‘Pointless Celebrities’ (BBC) ‘Out There’ (ITV) and probably others that we’ve missed. Which one is your favourite? Also do you prefer TV, radio or the live stage?

I’m not supposed to pick favourites but what I will say is I watched Mock The Week a hell of a lot in my teenage years, and it was the first show I began to regularly appear on, so from the perspective of a loyal customer, that. In terms of what I prefer, I think I’d have to say radio, because it combines the best of TV and live. It’s got the huge reach of a television show, but coupled with the frenetic energy of live stuff that’s made more exciting in its fleetingness. That’s the pretentious reason, the other reason is I’m done on the radio at 10am, so my weekends start early as fuck.

You’re into video games. It says here that in lockdown, you completed 100 video games in 2020 and further 101 the following year, which you think might be a world record. You’re a presenter on video games show ‘Press X To Continue’ (BBC). If you could recommend one game and one console, what would it be and why? Any games you just don’t like?

Thank you for wording that so impartially and not saying ‘You have played an amount of games that suggests you are desperately unwell’. I’d recommend the PS5 over Xbox. It has better games. However, if you’re operating on a tight budget, or care mostly about playing loads of games, Xbox has essentially got a games version of Netflix. BUT, if you mostly play games on your commute, or are looking for something your kids can play as well, the Nintendo Switch comes out on top. Now that is the answer of a former newsreader bound heavily by Ofcom’s broadcasting guidelines and terrified of ever offering an opinion.

In terms of games I don’t like, anything that doesn’t have a definitive ending. They take up an almost illegal amount of time. I’m not exaggerating when I say Football Manager should be tried for crimes against humanity – it has eaten into too many lives.

You were the youngest ever national newsreader in the country aged 23. Tell me about that.

Daunting. It was at Sky News and I think they hired me ‘very’ warily. I definitely didn’t lie about my age because I looked about 12 so wouldn’t have gotten away with it. However, I have the voice of a 50 year old broadcaster from the 1930s, so I guess it worked on the radio?

Great question. I’d have to say the reason I gave up alcohol for 2022 was because I like to set myself insane and punishing challenges so that the reward at the end of it is all the more satisfying. I mean, just imagine the pint at 00:00 on January 1st. I downed my last drink during the 10 second countdown last NYE, and have an unopened can of Carling from that night waiting for me in my fridge. That’ll be the first thing I have. I’ve got to say though, it has made this comfortably the most boring year of my life so far. I’m having to jazz up my non-alcoholic drinks in any way I can. Like when I have tea in the mornings now, I have it black and have the milk in a separate shotglass, and I put the shotglass of milk inside the mug of tea and knock it. 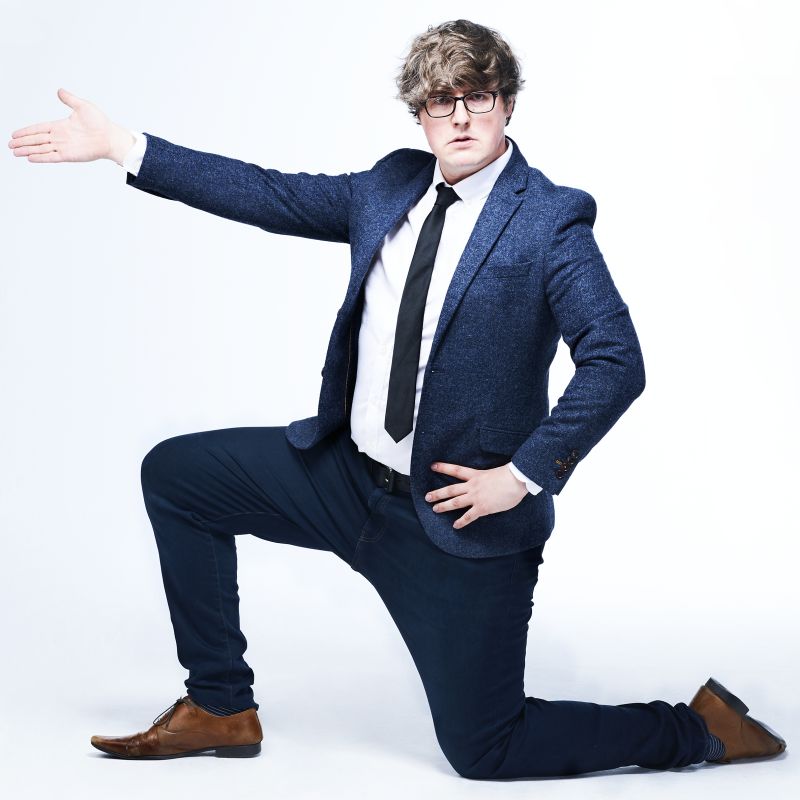