My show this year is all about growing up in Silicon Valley and how absolutely nuts it has become. It went from liberal heaven to a playground for the rich and so it deserves to get made fun of. My show does that. Also fuck Elon Musk. My show also takes the time to take down that fake ass Iron Man. Come watch!

My first proper gig was at a Catholic Church. At the time I had never done an open mic that was longer than three minutes. Somehow, through sheer luck I managed to do eight minutes, not say anything too offensive to the various priests in the audience, have the audience like me, and trip and fall both getting on and then off stage.

Americans don’t really get reviewed except at the Fringe. So its not really in our DNA to care about reviews. I remember being obsessed with the fact that even at the Fringe I had yet to get a single review after 4 years. Then last year, I got one (and it was good too, somehow) from Kate Copstick at The Scotsman. So now I can go back to not caring.

I found out last year that you don’t have to read your reviews. Your fellow comics will read them for you and tell you about them so, you know, save your energy.

There are no subjects not suitable for comedy. There are a ton of subjects that young comedians aren’t ready to make jokes about yet, but they might as well find out by trying. Comedy can be a way to heal so the darkest things on earth are fair game, because if you have to experience them, you might as well use comedy to cope with them if that can help.

Yes. My favourite comedy and parts of my show were developed by trial and error. This year for example, I’m trying to talk about topics like gun control, feminism, and how dumb billionaires are, so there are going to be times when I go so far that the audience either is too busy agreeing or being offended. The point of comedy is to get the audience to laugh first so if I don’t do that, then I’ve probably gone too far down the rabbit hole.

The best gig of my career was definitely the first time I did Set List. Set List is an improvised stand up show that all the great comics have done at some point. Seriously people like Robin Williams and Maria Bamford have graced that stage so for me to get to do it was a real honour. For me to do it and also do really well was one of those moments where I got to remember that I didn’t make a catastrophic mistake choosing to do comedy. 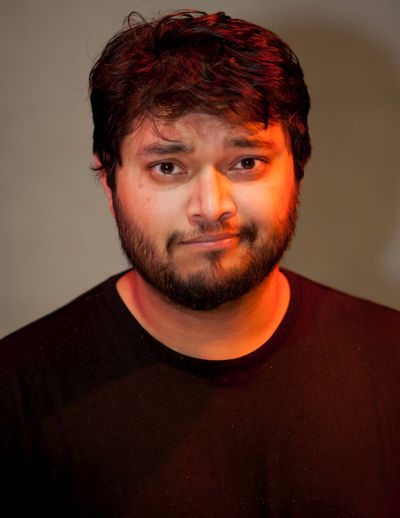