My new show is called The Vicar’s Husband because my wife is training to become a vicar and I’m an atheist. It’s a standard ‘atheist meets girl, girl finds God. Atheist thinks he’ll cope with a 5 bedroom vicarage in Sussex’ story. The other is 10 Films with my Dad’ which I’ve been doing at the Fringe since 1947.

It was a lovely pub gig in Brighton. There was Houmas.

No but I always wear Batman underwear. I have more than 1 pair so it’s ok.

I think the worst review was from The List that claimed its problem with ’10 Films’ was that ‘his father isn’t even dead!’ The best is probably from my friend Steve’s boy who said I was ‘funny, like the joker in the Batman Lego movie.’ He’s six years old and that’s on the flyer.

Yes. The good ones I will agree with and the bad ones I shall proclaim incompetent.

The good ones I agree with the bad ones I proclaim incompetent.

I have no idea who this is.

Oh he’s clearly a dick who loved the publicity. Let’s not give him any more.

No but it depends on the context and the person delivering the joke.

Yes. I went to Benfleet in Essex.

I think it would have to be the 150th performance of ’10 Films.’ I finally knew all the words by then. 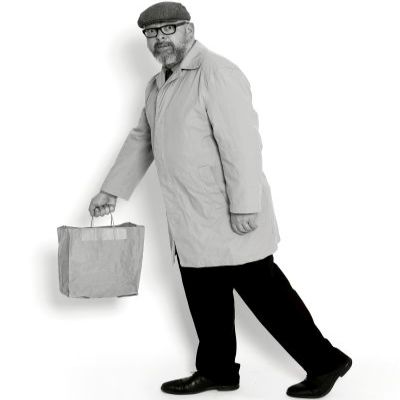