Hi Ben, tell us about your Edinburgh show

A simple story, inventively told, about two mischievous brothers in a sisterhood – that is actually a brotherhood – growing up together (out of choice) and how one or two of them got lost along the way, and the subsequent rescue operation. A fun, heart-warming, softer show from a gentle soul who’s never done a storytelling show before and is throwing himself in the deep end by doing one.

The greatest capital city Scotland has always had, since at least the 15th Century.

I did a lovely comedy festival recently called ARG. I’ve been wanting to play it for 5 years, and was so excited when I got the invite, that I ignored the food poisoning I’d endured the night before, and stepped out on stage giddy with nausea to give a lacklustre rendition and may or may not have shat myself in the process.

The glowing review that you will give me for my show this year is best. Thank you.

Tintin in Tibet by Hergé

Ben: What are you eating for dinner tonight Ben? 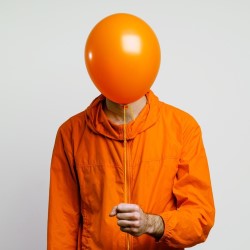