Please tell me about your 2022 Edinburgh Festival Fringe show?

My show is called ‘Coconut’. I was meant to start the tour in March 2020 but then the pandemic happened and all of a sudden everything I’d written was irrelevant, out of date and uninteresting. So I’ve re-written it about 11 times and decided now that this is what I’m going to do. It’s based on me doing ‘Celebrity Island with Bear Grylls’. I was labelled a strong woman because I did all the fishing and kept everyone alive, and Iwan Thomas who is an Olympic athlete was referred to as an alpha male because he caught a caiman and chopped down some trees. The truth is, we were all lying face down in a ditch crying most of the time.

Edinburgh is not so much an attraction. It’s something that in the past, one had to do. You had to do it, to be noticed, to be respected, to be considered for things on television. I don’t think you need to do it at all anymore. A lot of comedians on TV now have never done Edinburgh, as we have the Internet. I think that’s a good thing especially for black and Asian acts, which didn’t really thrive in the Edinburgh environment. They have found other mediums and are now thriving on TV, which is great, and about time. I love stand up, so I like doing a new show in Edinburgh for a month, but it’s a small place in the grand scheme of comedy around the world now.

I am inspired by all the greats who are now dead. Joan Rivers, Richard Pryor, George Carlin,

Robin Williams. They were one offs, and as hard as it is for women in comedy it is even harder when you’re the first to break new ground. Joan Rivers took a lot of shit, but she kept going. I’m inspired by anyone that keeps going despite the knock backs.

heard of. That’s what’s so great about Edinburgh, it’s a random mishmash, even the terrible is entertaining.

What next? Make up the news and explain the news you’ve just made up? 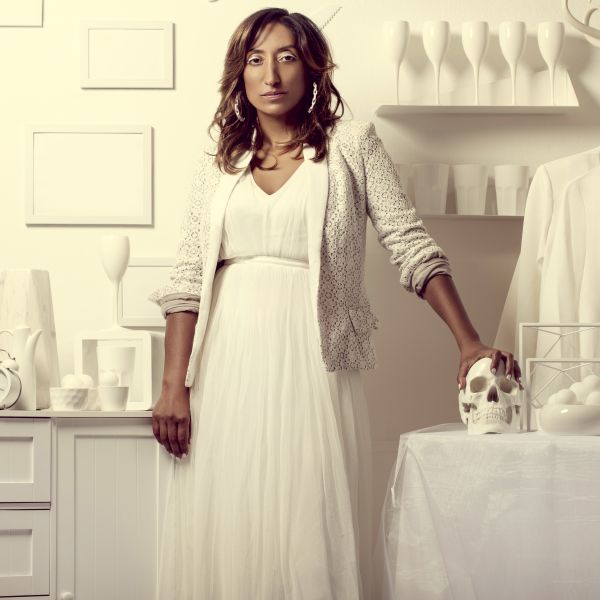