Guerilla Aspies is a world unique, four year old mass audience autism conversion show. Using PowerPoint and audience interaction/participation, I guide everyone to realising the new normal state of mind. It’s fun, moving and inside out. It is neither pity porn nor about being disabled. I create the ‘autistic space’ in which people can be themselves, and the non autistic can experience us being free to be ourselves. It’s a bit of a mystic vibe but it always happens. I published a book in 2015 that teaches Aspies to bully, seduce, manipulate and coerce of the same name. In other words, become neurotypical or an ordinary person. No one else is putting over the same experience about being on the spectrum. I hope lots of people eventually do as I want to inspire. Stealth Aspies is the world’s first 100% autistic theatre company show that I do separately with my friends.

I got up in a London pub venue with a hand held video projector and did seven minutes of the start. It was terrifying but had to be done and went down okay. That is, no one threw anything.

This is a great question as OCD is an integral part of being autistic. I will do voice exercises to activate my normally dead lips and enunciate properly. I limber up and consider the eternally running stream of infinitely deep water that never ends its flow. Then I get on with it.

All reviews for the show have been good. They are invariably by other autistic people who understand what I am trying to do. The worst review I ever had was for a different show not about autism, working with a bizarre woman in 2013, which read like hate crime. The same reviewer attended this show 2 years later and was unable to sit in her chair without twitching, panicking and apparently being terrified of me. She never posted a review about me again. I never said a word to her. What does one say?

Of course. Egomania is such a by product of being pathologically focused around oneself… 😉

Wonderful human beings… except the one in 2013, who seems to be unable to live with the consequences of her own actions. It might help if performers got more feedback and opinions from others on their shows before they put them out, eh?

I grew up in a 2/3rds Jewish school in 1970’s Liverpool. There were immature and nasty characters in that place who would never ever do anything like that, Jewish or not. Meechan should not have gone near YouTube without his Mummy holding the camera. He clearly has no idea what it was like standing naked under bogus shower heads with all your family around you, terrified and about to die horribly. One tends to learn these things where I’ve grown up.

When it comes to criticising the Anti Vaccination movement and those who see autistic people as some sort of perversion of a concept of normal they never perfectly define, no.

Every single one, no matter how many or few in the audience, has been the best gig ever if it simply worked in what I was trying to do. I’ve played to one person and a hundred (Nottingham Town Hall for the launch of an event) and the only thing that varied was the loudness of the audience feedback, step by step. I really do not care to quantify the shows in that way. Only that people come away uplifted and educated that we are not some sort of disordered and pitiful kind that need changing into something we are not. Although social skills and learning to relate help everyone. 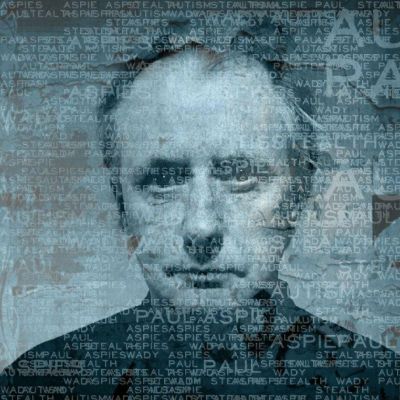