Lewis Schaffer was one of the top comics in New York City, as house MC at the Comedy Cellar and the Boston Comedy Club in Greenwich Village. According to his website, it all came crashing down on him when he moved to the UK. So this Edinburgh Festival Fringe, Schaffer is making the worst of a bad situation.

“The title: Success Is Not an Option is as close to my life story as I’ve done. I ‘m 57 years old and have been doing this for twenty years and I am not a success, I will never be a success, and even if I become a success, I’m not gonna be ready for it. I don’t even know what success for me would be.

“The audience will not be seeing the next big thing, or even a big thing of the past, just a man, crumbling slowly to death, creating a racket as he hits the floor. Or maybe they will see an hour of tight stand-up. Who knows?

“But still, I am more interesting and funnier than 99.9% of the comics in Britain, and you all can screw yourselves for not noticing.”

“I know Bob through the Free Festival and as I ‘ve got no money, and no promoter and thus limited options, I went with Bob’s free room again, for the third year in row. Last year’s room – the big room at the Hive – was atrocious. This year I am back in the small room which is nice for comedy but I should be charging people real money to see me, and not giving this shit away. I know, people can buy a ticket from the box office but how many are going to do that? Tell them to pay the five quid.”

“I am not an “alternative” comic, just failed mainstream. Actually, it is comedy of failure. No one fails as I have. It has taken 20 years to learn how to fly this baby into the mountain. You cannot fake this level of failure. Try it. I dare you. Therefore, I am a success at that.”

If I were to write a book of my life so far, I would call it No Plan B, or Plan A Either, I just thought of that. It can’t be very good. Or maybe genius. Who knows?

If I were curating at stand up show on TV, I would have Jerry Seinfeld, Louis Ck and Mark Maron because I would want people to watch it – especially in the USA. I would like to see them again, and remind them that I am still around, and not giving up. 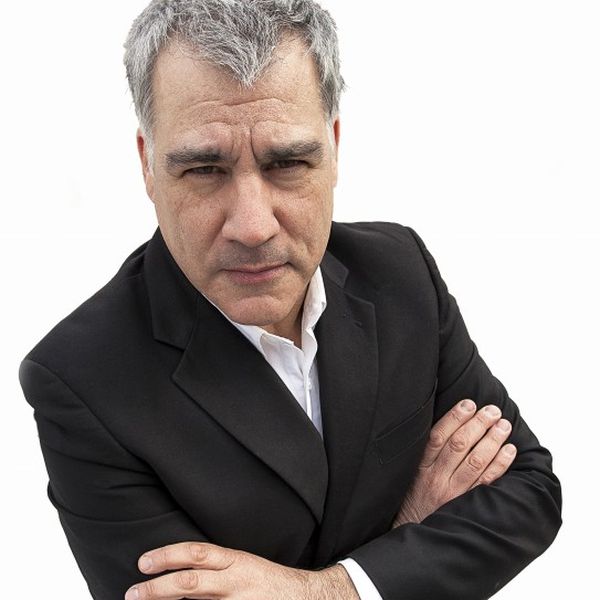