Hi Ali! Tell me about your 2022 Edinburgh Festival Fringe show, I Tried to Be Funny, But You Weren’t Looking.

Hello. I hope you’re good, thanks for taking the time to talk to me.

Without beating around the bush, my show is about my journey with therapy and sorting myself out after a suicide attempt in 2018. But don’t worry – it is funny! It’s uplifting, silly and positive. I set out to talk about a serious thing in a very happy way and think I have succeeded.

I wanted to write a show for the Ali from 2018. If he had seen this show back then, I’d like to think it might have stopped him doing what he did. And if I can help one just one person with the show this August, then it will have been a success.

It’s so important to talk about how we feel, but we rarely do. In this show, I hope I show that there is no shame in being honest with how you are, reaching out and getting help if you need it. It’s OK to not be OK.

There is also a joke about sausages.

You’ve been performing shows at the Edinburgh Fringe since 2010. How has your comedy evolved over the last twelve years?

It has changed loads. I’ve gone from prop comedy to character comedy to stand-up and now do a mix of all of it.

My first solo show in 2014 I performed as a character called Eric Meat – a lonely Northern man who had fallen in love with a Tesco’s checkout girl but was too scared to talk to her. As Eric I discovered I was able to do things I couldn’t do as myself like talk to the crowd and be loud and do things outside my comfort zone and talk about personal things without anyone knowing they were real – because I was able to ‘hide’ behind a costume.

Eventually I left Eric behind, but still be dressed up – as a Monk, a crocodile, a scientist…etc. This year is the first time I have fully performed as myself without any costumes. Well, there is a tiny one at the beginning, but I won’t spoil the surprise.

It’s been terrifying talking about something so real and being so honest, but also very exciting and very rewarding. I still carry Eric’s madcap energy with me – I’m constantly talking to the crowd and incorporating them into the show and my comedy is still quite off-the-wall, very silly and very light – just with a serious theme.

Are you an alternative comedian?

There was a time when would have staunchly defended the title of ‘alternative comedian’, but I’m not too precious about it these days. I just do what I want to do and what I find funny. Luckily other people seem to like it and find it funny too. I don’t think I’m particularly alternative really – in fact this is probably my most accessible show.

Alternative comedy is such a broad description. There’s an implication that comedy is binary – either mainstream or alternative. But really there is a vast spectrum to the comedy scene from stand-up to clowning, double acts to sketches, songs to mime to prop comedy… and I love something from all every area of comedy but am drawn to people the weird ones – those that set shows in a cardboard supermarket (Adam Larter) or do shows entirely about parsley (Michael Brunström) or dress up as a bunch of grapes (Lucy Pearman). That’s where the best stuff comes from.

Tell me about The Weirdos.

Weirdos started as a comedy night for alternative acts above a pub in King’s Cross in 2010 by Adam Larter that, over the years, has become a kind of collective of odd-ball comedy performers and artists that just like making stuff and having fun.

There is no agenda beyond having a good time, and it’s actually very refreshing. Weirdos is not a career path – although some of the Weirdos alumni have gone on to great things (John Kearns, anyone?) – it’s just about having fun and making everyone laugh.

I love Weirdos, it keeps me in touch with the reasons why I started doing comedy. In fact, without Weirdos I may have stopped performing comedy a long time ago. Sometimes pursuing comedy can be quite a lonely experience, but with the Weirdos you really feel a part of something very special. So, thanks to all the Weirdos – you are all brilliant, wonderful people.

Ham and Cheese. The best sandwich I have ever had was a ham and cheese sandwich on a beach in the Bahamas when I was 6 or 7 years old. I think about it weekly and have never been able to replicate it. 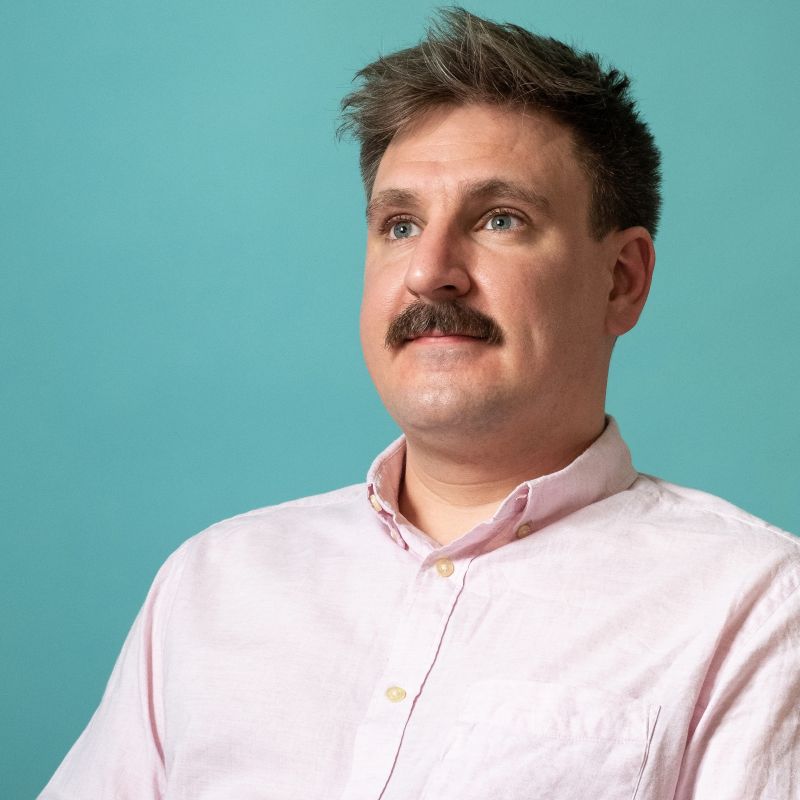