My Edinburgh show is mainly about me and my family. It’s called ‘Chubster’ because I asked my kids what word came to mind when they thought of me and that’s what the thoughtless sods said.

It was in Notting Hill, West London and was a five minute spot at a club called ‘Croc of Wit’. There were about 30 people in the audience and it went really really well. It was the late nineties and I’m still trying to top it.

I make sure my pockets are completely empty of money, keys or phone etc.. The only things I can have in my pockets are things connected to the show so usually my pockets are empty. I usually write out a quick set list of my material as well. It’s a superstition that, if I ever get lost, I can just take a quick look at it. I’ve never got lost yet but I’m superstitious that the night I don’t have the list of subjects in my pocket is the night I’ll get brain freeze.

The best reviews are hard to remember. I try very hard not to read any now but, back in the early days when I was doing my own PR, you had to. There are too many great reviews to mention! The worst review I had was in 2002. This was my first Edinburgh solo show and it was nominated for the Perrier Newcomer Award and received two other five star reviews. The review was in The List and I think I’ve still got it somewhere. It was a night when the show went really well so I was eager to find out what the reviewer had thought. It went something along the lines of ‘Hal Cruttenden’s timing delivery and jokes are faultless and he had the crowd laughing all the way through etc etc…’ Then at the end it said, ‘…but isn’t it a bit old hat to talk about your wife and kids in the 21st century ? Like mother-in-law jokes in the 70s’. For that, I got a one star review. If that reviewer happens to be reading this piece can I just say that I will look for you, I will find you etc etc…

I’ve had some really constructive reviews that have been good and bad. What I despise is reviewers deciding that, if a comic doesn’t fit their own personal agenda, then they’re to be dismissed. If I ever get angry about them I go and read Theodore Roosevelt’s quote about ‘the man in the arena’ – I suggest all acts print it out and put it on their fridge for the festival.

I am no expert in law so I don’t know. All I do know was that, as comedy goes, it was shit.

None that I can think of. I’ve heard people say ‘Would you make jokes about Cancer?’ The answer is absolutely. Any subject that affects a lot of us and frightens us needs to be ridiculed. That’s where the best comedy can be found.

I can’t really remember. I’ve maybe said some offensive things when I’ve lost it onstage or I’ve tried to do a joke and it fails. You can usually get away with saying some outrageous stuff if the joke is funny enough. If it’s not funny enough, you’re not going to get away with it

The first one was pretty great. That first time you make people laugh onstage with your own comedic ideas is thrilling. It’s also addictive. My first ‘Live at the Apollo’ gig was also the only time I’ve been unable to sleep after a gig through excitement. I literally lay in bed thinking ‘That couldn’t have gone any better. I’m a bloody star.’ Then I woke up the next morning and my wife told me to take the bins out. It was a bit of a comedown. 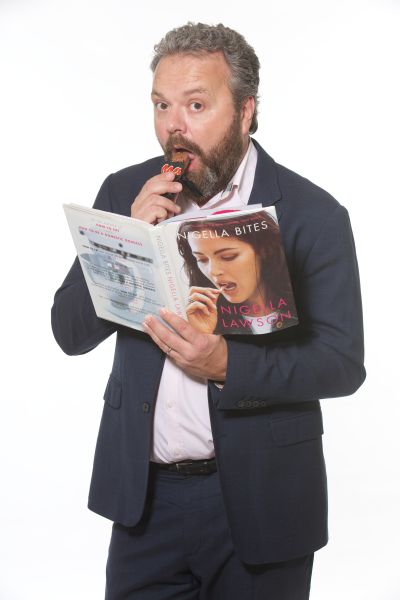