It’s myself and a cast of seven… Ironing Boards. It’s a cinematic love story that’s funny, joyful, sad. It’s purely physical, no words, just an epic soundtrack of music through the eras and sound effects and clever lighting to heighten the mood. The show is perhaps inspired by Slava Snow Show, Buster Keaton and Jacques Tati.  If you’re deaf or hard of hearing, you’ll understand and enjoy it too.

You’re a working-class guy from Bristol. Were you a fan of live comedy growing up? Can you remember your first hometown gig?

I would regularly pop along the former Jesters comedy club in Bristol in 1997. I used to watch, a then unknown, Russell Howard, Jon Richardson – perhaps Stephen Merchant.  I didn’t resonate with straight stand up.   I was inspired by character stand up. If I could have afforded to go see Harry Enfield Live or The Fast Show I would have been there in the front row.

Tell me about Terry the Odd Job Man.

I have been performing Terry since 2007, predominantly online. Terry is an every day man talking about life as a working class person  in this day and age. Terry is inspired by growing up in a council house amongst builder friends and family. I have a cult following in Bristol and the West Country and perform live shows every winter, mainly in community centre’s and village halls. I like to go to the heart of communities in Bristol – I think it’s important to take comedy to all types of people.  Comedy doesn’t have to be in art centres or theatres to be credible. Terry shows attracts all type of people from children, builders,  hipsters to the poshest of people, which always amazes me.

Tell me about the Beckenham Comedy Cabaret.

I started BCC in 2015 with the objective to create a weekend club with a of mix straight stand up and odd balls/character/ alt comedy acts.   A sort of modern day, old school variety show.  I wanted to be different than the mainstream weekend clubs who 99% bill straight stand up. Usually alternative shows are mid-week. I thought the concept wouldn’t work in Beckenham, being such a conservative, Conservative area. But it took off and the rest is history.  Acts love performing at the gig – it’s a really special kind of show.

This is your 15 or 16th fringe. Why do you keep performing at the Edinburgh Fringe?

I honestly don’t know. Every year I tell my Wife to stop me from going, “Stop me” I say. Please. I don’t want to go next year so, tell the Jody in 2023 working on a new show to stop and cancel the plans NOW!” 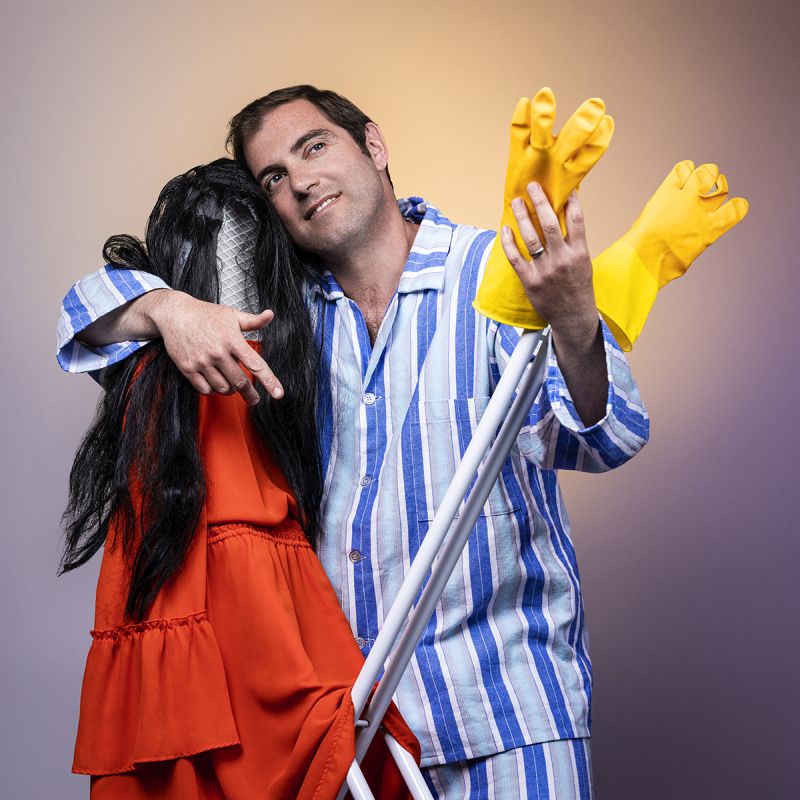