One Bite Only is a show about love. Well sort of. Attempts at love, often failed attempts.

It’s about the different types of love, there’s chat about dating, love of food, love of hobbies, love of friendship, love for sex and love of being rebellious. And of course, it’s a chance for us dafties to show how much we love performing and show off the material we’ve been developing! It’ll feature bubbles, balloons and donuts, so what’s not to love?

The Daft Duo are bringing two bizarre characters: sex-obsessed Erika and dishy-donut-damsel Miss A Legg. It’s a double bill show but it will be framed with daftie antics.

We are expecting it to be a huge adventure and an amazing platform!

Sara (Daftie #1) performed in one compilation show at fringe 2021 but they have never tackled a full festival run before.

Angela (Daftie #2) was involved with the fringe every summer from 2014 to 2019 as part of Bound and Gagged Comedy Street Team, Fringe Society Central Steward, Assembly Street Team, About Turn Theatre Production Assistant, Reviewer for Young Perspective, Co-Producer for Asterglow Theatre, Performer in Corydon Ovium and Full Moon Cabaret, as well as doing solo spots in compilation shows. She finally plucked up the courage and was registered to perform a solo show in 2020, it had been a goal for her since her first visit to the fringe in 2014. When 2020 wasn’t to be she lost a bit of her mojo, luckily Sara agreed to join forces so they could work together to tackle it as a team.

Buster Keaton’s style influenced us when making our Daft Duo videos and we’ve found creative ways to keep the physical comedy in our live work and try to avoid reliance on dialogue when working as a duo.

Sara’s character Erika was created after Sara read books about relationships (not by psychologists or professional in the field), watched films (Oscar winners… from long long long ago) and read books by Sigmund Freud.

Angela still has songs stuck in her head from The Ruby Darlings Show at her first fringe visit in 2014, her style shares a love of witty words and rhythms. Other more recent fringe inspirations include Trygve Wakenshaw’s Kraken and Paul Currie’s Teet, she loves shows that are absurd and surprising and hopes to bring a sprinkling of that nature to One Bite only.

We never stopped performing! The Daft Duo formed during lockdown when we created videos together despite living in different cities. We also teamed up on many Funny Women online events. But it’s true there’s nothing quite like the stage, and our return was with the Dafties first ever stage appearance, which was completely bizarre, in a great way!

In a way returning to the stage was hard because as Dafties we kept forgetting we are no longer and online, that the audience can now see everything, there’s no such thing as out of frame, especially in a fringe venue which rarely has wings or offstage. Also, we kept forgetting that it’s not a video, so there is no second take. Interesting experience!

How did you decide to become a comedy duo?

We met at uni more than 10 years ago! We’ve been friends since then. We come from different theatre practices and have very different ways of thinking, but comedy is at the centre of what we do.

The Daft Duo started during the lockdown. Neither of us were in a good place (like everyone else), to motivate each other we started making jokes and imagining funny scenarios, also asking ourselves questions about equality and empowerment. one thing led to the other and we both thought it could become something. I guess comedy was an escape from being inside our homes all the time with limited social interaction. 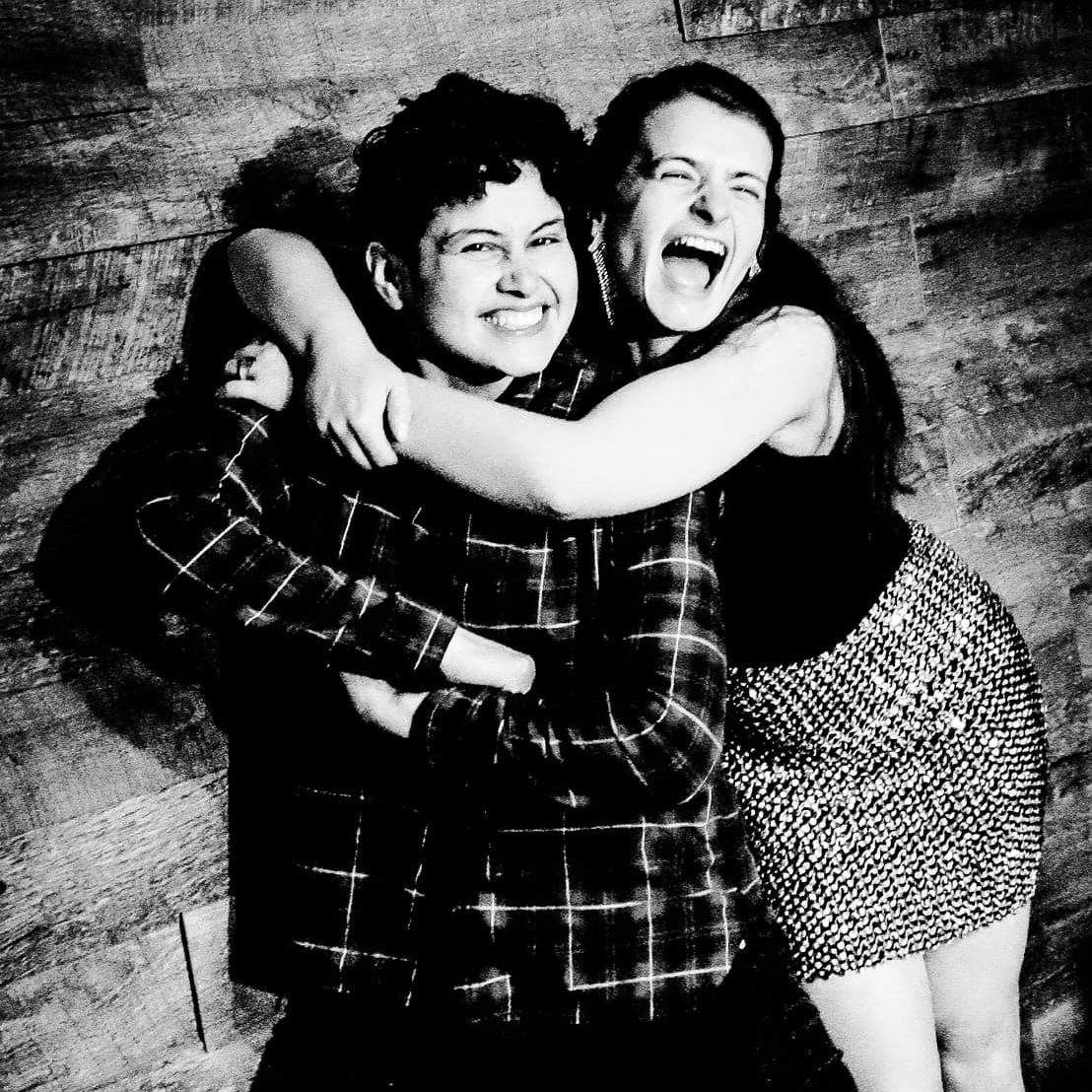