Appearing at the Edinburgh Fringe Festival this year is the beautifully titled comedy Mean Things I Did to My Sister (and Other Lessons I’ve Learned). A live band joins Amanda Kelleher on stage for what promises to be a riotous trip down memory lane. Martin Walker finds out more.

“It’s a comedy blues show that’s autobiographical. I chart my life’s mistakes via the mode of blues music. It’s high energy, good fun and a bit dirty in that order.”

“As an unfunded company; the financial burden has made Edinburgh Fringe feel like an unattainable dream for me for so long. A free festival opens it up to not only emerging acts but also work that isn’t seen as traditionally commercial. From what I know about the festival, this was originally the whole point of the Fringe and I think Laughing Horse really embraces that.

“There is a great mix of acts from veterans to festival newbies like myself. I wanted to be attached to a free festival that stood for both diversity and creative quality in whatever shape that comes, that’s Laughing Horse for me. I was also attracted to that fact that venues have a certain level of tech already. We are coming from Cambridge and I don’t want to bring the kitchen sink!”

“I started as an actor. I did mainly comedy. Even when I thought I was in sad scene, people would laugh. Stand up seemed like a big transition though, it’s much more exposing but I had the idea for the show and just went with it. It’s been a big learning curve but I’ve loved every minute of it.”

“The best was the first gig at Cambridge Junction, I never even got to run the show from start to finish, I was extremely nervous but just decided to go out and enjoy it and I really did. The audience were brilliant and I felt a real connection to them. The worst was a warm up gig at a uni bar with a very reserved crowd. My show is not reserved. It was a 10 minute gig but it felt like an hour.”

“George Michael, because I love him deep in my heart. He could serenade me whilst feeding me nice things and giving me a foot rub… plus I think he would be hilarious.

“Eddie Izzard, because I would like to watch his brain work, I love his dark humour. I bet he’s always plotting things.

“Julie Walters, because I have fantasies of drinking tea with her whilst eating chocolate hobnobs. She can look after me – in a non-creepy adult baby way! – and make me laugh.

“Sarah Silverman is like the coolest meanest big sister ever. She’d kick you but make you laugh at the same time.

“I’m not sure if I’m hosting a show or auditioning for a highly dysfunctional adoptive family!” 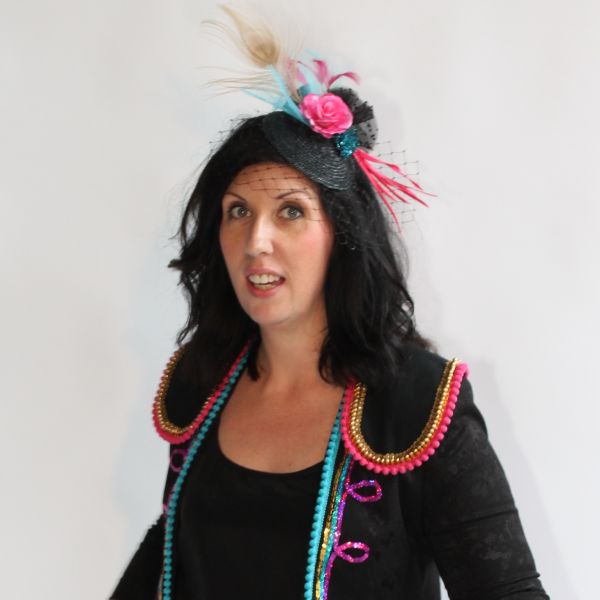