Paul McDaniel is part of two stand-up shows this Edinburgh Festival Fringe. The first is with Patrick Mulholland and is called Pat and Paul Get Some Beans. The other is with Ally Houston and Sandy Bouttell, and is called Afterbirh.

“Both shows sound like there should be an interesting concept behind them but I can assure there isn’t.”

“I’d heard good things from my colleague Pat Mulholland about Laughing Horse. I’d done a show with PBH’s Free Fringe last year and I wanted to see how this would compare. Plus, I wouldn’t be able to afford to do the Fringe otherwise!”

“I heard about Viv Gee’s Glasgow comedy course and thought I’d give it a go. I was trying to do music before that but it really wasn’t going anywhere. My first standup gig was on my 30th birthday and the feedback I received was enough for me to keep at it.”

“Actually best and worst would probably my first Fringe show last year. Worst because I was completely unprepared for how difficult it would be and how different and varied the Fringe audience can be each day.

“It turned out to be my best experience too as it forced me to toughen up and not just coax along on the same material. Let’s just hope I don’t have the full nervous breakdown this year.

“Also, I’ll never forget how great it was to be asked by Bruce Morton and Andrew Learmonth to play their Glasgow festival show at The Stand last March. That was one of the most enjoyable gigs I’ve done.”

“Oh, I can never answer these things so I’ll just say: no-one. I would have an hour of enforced silence for the audience to reflect on their lives.” 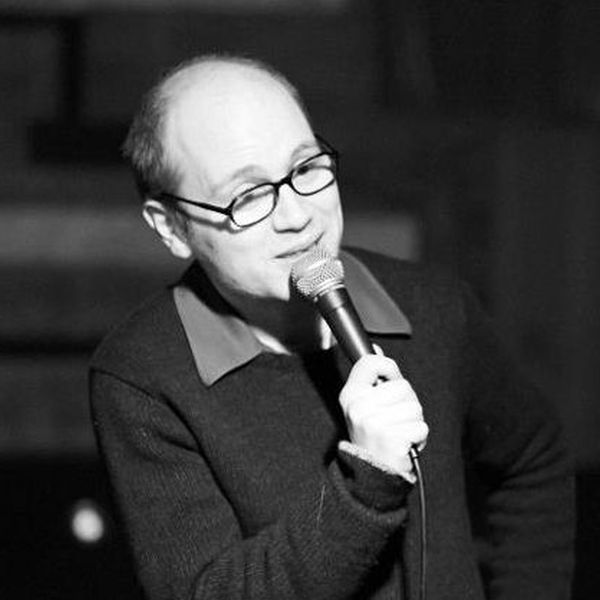