According to his website, ex-scientist Mark Silcox works as a supply teacher in secondary schools. He has a ‘no nonsense’ approach to everything he does which puts off those around him, but he fails to understand why. Martin Walker asks about his debut Edinburgh Festival Fringe show, Life in the Bus Lane.

“The show features two middle aged unambitious comedians having fun in Edinburgh because we are rich and we can afford it without any pressure of getting anywhere. Life is enjoyable when there is no pressure. My comedy partner, Ant Dewson, is a gifted keyboard player and well loved and excellent comedy songs writer and I am new in the industry. I am there to share my passion and mastery over machines.”

What made you want to be a stand-up comedian and how did you get started?

“After I saw a documentary on Channel 4 more than 10 years ago that caught my interest. So I did a stand-up comedy course from City Lit in 2008 and started gigging. After 50 gigs I went to Germany in 2009 to be a scientist and so stopped gigging for three years. Then from September 2012 I restarted and have been gigging regularly since.”

Is it true that your wife still doesn’t know that you’re a stand-up comedian?

“We don’t interfere in each others business. We have a very clear and mutually understood role in our relationship. I did not consider it important to tell her because I don’t want her to come to my gigs. After 24 years of marriage this is the only activity where I am the boss and I am fully responsible for what I do. And I like to keep it that way.”

How did you meet Ant Dewson and what made you decide to work together?

“I gigged with Anthony few times. I admired the hard work he put into his song writing and the military level precision and organisation approach he adopts to anything he does. So when he approached me to share an hour with him I was delighted and immediately accepted his offer.”

“I would love to have Paul Chowdhry on my talk show. I will compare my Indian accent with his and ask audience to decide whose is better and original.” 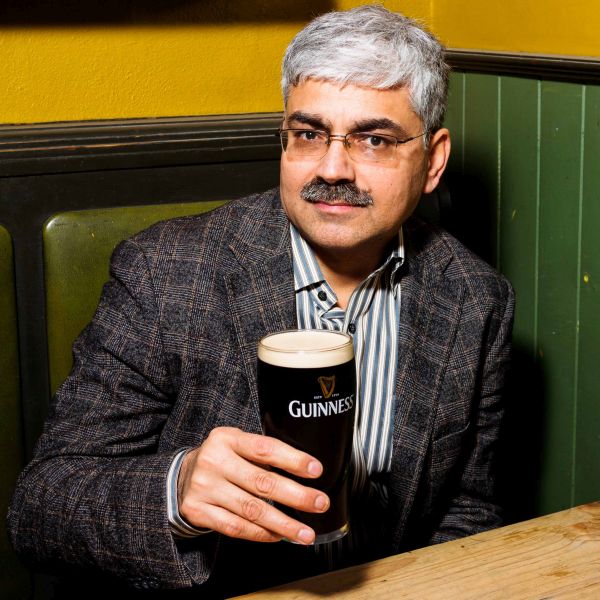