It’s my fourth Fringe show, and I’m pretty sure it’s my best. This time I’m exploring that most divisive of subjects: magic itself. Is it an incredible, visceral experience that loosens your grasp on reality, or a dated, cliche-riddled embarrassment? Is it both? Are all magicians terrible people? Was that your card? HAVE I WASTED MY LIFE?

There’s nothing like the Fringe. It’s a celebration of art, life and eating questionable kebabs at 4AM with some guy from Taskmaster. It’s the most intense cocktail of introspection, self-expression and partying, and you emerge from it at the end like an exhausted, alcoholic butterfly from an overpriced cocoon. But that butterfly will hopefully have a perfectly polished show, some good reviews under its belt (butterflies don’t wear belts) and probably some sexy new kind of PTSD.

Noel Fielding is the master of fun, silly, beautiful surrealism. Derren Brown is the smartest most eloquent man in any room, and the finest magician of our age. Tim Key is phenomenal. Lou Sanders is hilarious. Flight Of The Conchords is the richest, warmest, most joke-packed show I’ve ever seen. Colin Hoult has a brain that produces the funniest sentences I’ve ever heard. Adam Hess is a constant stream of amazing ideas. The Simpsons is still unsurpassed as a TV show. Dawn French is a national treasure. Rich Fulcher is a force of nature. Steve Coogan is… Steve Coogan. Katherine Ryan is cool as hell. Limmy is scarily, supernaturally funny. This is getting long so here’s some names: Joey Page. Mitch Hedberg. Luke McQueen. Jack Handey. TS Eliot. Finally, my wife Alex often comes up with the best bits of my shows and then I get to gobble up all the delicious applause.

Colin Hoult’s The Death of Anna Mann. I’ve seen a preview, and if that doesn’t win some awards then I don’t know what will. Something else, probably.

Horatio Gould, Lou Sanders, Paul Foot (I’m literally flicking through the programme as I write this – there are too many to name, so I’m giving up). Basically, I’m going to see as much as I can.

Do you think the ghost of a jellyfish would be even more transparent, or about the same? 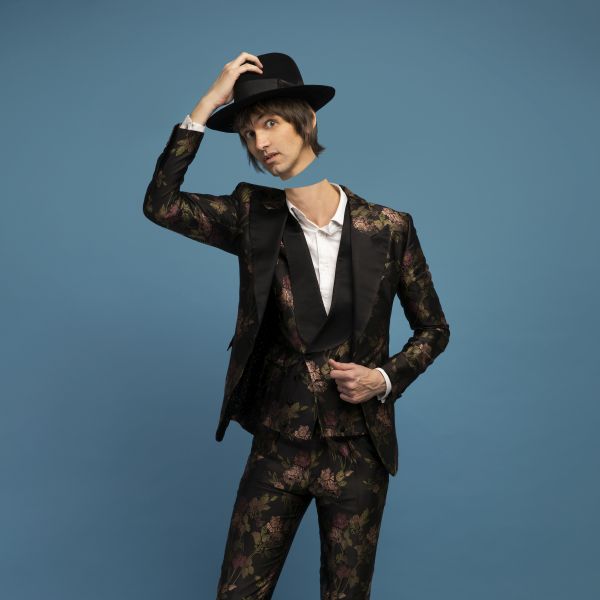