Andrew Lawrence was the runner-up in So You Think You’re Funny in 2003 and then won the BBC New Comedy Award a year later. He’s since staged numerous national tours and written and starred in several BBC Radio 4 comedy shows. He’s back in Edinburgh in 2017.

Hi Andrew, tell me about your Edinburgh show

It’s a stand-up comedy show, all new material, the start of my seventh UK tour in consecutive years. Audiences can expect a lot of un-PC jokes, poking fun at Liberal pretensions and the horrors of parenthood, from an experienced live comic going all-out for belly laughs.

This will be my twelfth solo stand-up show at the Edinburgh Fringe. It’s where I come to improve my own comedy and watch the very best comedians from all over the world. There’s no bigger or better festival for stand-up.

Like most people, my family. My partner and my daughter give me my motivation professionally. I want them both to have a great life, so I work hard to be the funniest comic I can be, so that I can afford to give them that.

I think it’s only when you’re quite new to comedy that particular gigs stay with you. I’ve been doing stand-up so long, thousands of shows, that individual gigs don’t stay in the memory. Once a show is over, I think about it for about an hour, what went well, what I could have done better, then I don’t think about it again.

Again, I’ve had hundreds of reviews since I started in comedy, and now with social media everyone’s a reviewer, so they stop being memorable- but mostly they stop being credible. I don’t think anyone really trusts reviews anymore, because with the internet it’s increasingly difficult to differentiate random snark, from hobby journalism, from professional critics.

I think anyone sensible follows their instincts. If they think they’re going to like a comic, they watch a video of them on YouTube, or they just go along and see them and they make their own mind up

Homeless, alcoholic, dead – or maybe a shelf-stacker, difficult to know.

The last book I read was the final draft of my own one- ‘A Glossary of PC Tossery’, available from Amazon now.

Tell me about the 2016 Sky Arts documentary The Outcast Comic.

I put a post on social media in 2014 that unintentionally caused a great deal of outrage within the comedy industry, mostly because I poked fun at the equality and diversity quotas that now dictate which comics get to appear on TV.

I had about two years of daily abuse on social media from other comics after this. A fair few left-wing comedy journalists wrote a lot of contrived nonsense about me. Some venues and promoters stopped booking me, despite the fact I’d done good work and made money for them for years. A documentary maker found out about all this and I agreed for them to make a programme about it for Sky Arts.

Given the flack you’ve received, are you a fan of social media?

Yes, I think it’s great. For the first time as a comedian, you can be successful without having a powerful agent or blandifying your act for TV.

I’ve always been a dark comic, since I started in 2003, so I get the inevitable inane outrage from people who want to be offended.

I’m not at all bothered about trolls sending me abuse on social media, so long as what I’m putting up there is entertaining other people and making them laugh.

I’m a live stand-up, and that’s all I’ve ever wanted to be. If a TV producer thinks I’ve got something to offer, they’re welcome to come and find me, I’m always open to offers, but I’ve been doing comedy long enough to know I’m happiest on a stage, in a theatre, making people laugh. 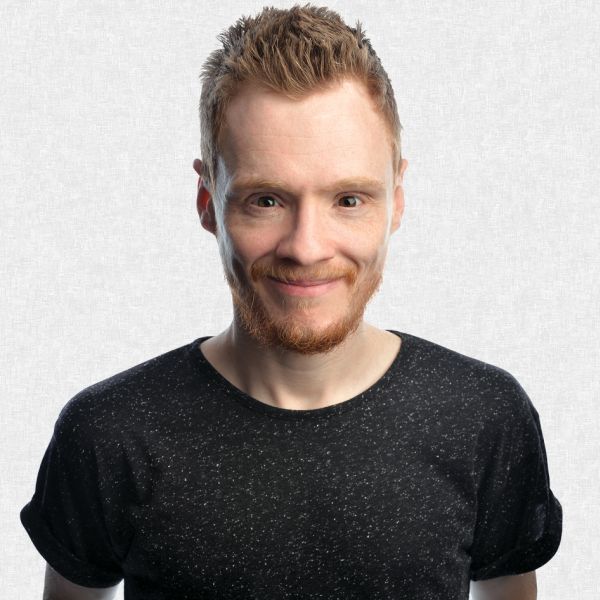