It’s called Clit Stirrer. It’s about my reputation as some sort of outrageous public figure when actually I’m a nice quiet homely sort.

Yes, I write a full hour of material that makes interesting points and is littered with actual punchlines.

I’m a very specific kind of act, left wing, overtly political, feminist, atheist, high brow… I attract a very specific crowd. It’s a bit stupid to compare my work to a pleasant individual doing endearing observational comedy. When someone comes to review my work and it IS their thing I’ve had a bunch of glowing five-star reviews. And on the other hand a fair few reviewers saying that I seem strangely opinionated and they’re not really sure about that. Chortle once called me “too alpha female”.

Yeah, I read reviews. They’re a great way to figure out whether or not I respect the writer.

I’m overwhelmingly compelled to buy them drinks and casually leave money in their jacket pockets. I’ve been in this industry a decade and a half and I’ve never had a review from a UK national paper. I’m a woman in her 40s, I know better than to assume I’ll even get reviewed.

Yup. Incitement to racial hatred. I think we’re being suckered into the alt-right headspace by even imagining there’s a debate to be had. Even if you disagree – it’s a small fine. There are people dying because of Theresa May’s austerity program. The health service is being sold off. There’s a war in Syria.

Not subjects, no. But you should always ask yourself what point you’re making. There are jokes that ridicule sexism and challenge it. And there are jokes that reinforce it and make light of it. When people try to justify nasty sexist material by saying “it gets a laugh” I think they must be very needy. And very bad at writing jokes.

Only on first dates.

Hammersmith Apollo when I MCed for People’s Assembly with Mark Steel and Mark Thomas. Although I thought I made the biggest splash that time they put me on Question Time. That’s the job I was born for! 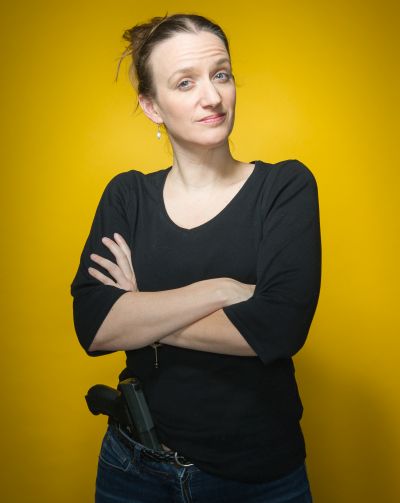