President Obonjo of the Lafta Republic is visiting the Camden Fringe this August. He presents a political comedy show, featuring the President’s manifesto for a better Britain, titled the Memoirs of President Obonjo. Martin Walker asks for more details.

“I’ll discuss the impact of President Obama on my life and as a result, I created a virtual nation called Lafta Republic. Audience members will get to know the President and the man behind the President Obonjo and his views about the world. The show takes on the first three days of August 2014 and will be held at the Hens and Chickens Theatre, in Islington .”

“I hosted a wedding reception event and the feedback I received indicated that I was one of the funniest mc’s or host they had seen and that I should try stand up comedy. In my daily interactions with the public before I took up stand up, people always said I was funny and that I must be a comedian, it got me thinking. The election of President Obama also inspired me to get into comedy, I have always wanted to do political comedy but not too serious, when he came into the scene, I noticed our names were similar, the rest is history. “

Have you ever crossed the line and gone too far?

“Never, but fully appreciate until you get to know the act on stage it might come across as deeply offensive. At a gig in Romford a female punter objected to my being dressed in an army uniform after the Kenyan shopping spree. I disagreed in my view, comedy is free speech; don’t come to a comedy show if you can’t take a joke. “

Describe your comedy to someone who hasn’t seen it before.

“Political and observational comedy with genuine entertainment. I perform to entertain.”

If you were making a stand up show for television, who would be your guests? 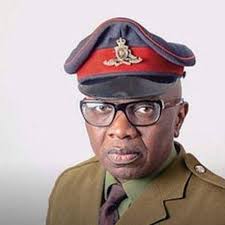