Marc Burrows is a stand-up comic, a music writer and a would-be rock star. For his Edinburgh Festival Fringe show he counts down the definitive Ten Best Songs of All Time – no arguments. An autobiography told through bass guitar, bad sex and Britpop.

“It’s called The Ten Best Songs Of All Time and that’s exactly what it is – what I genuinely believe are the ten most brilliant, earth shatteringly glorious pieces of pop music ever recorded. I’m a music journalist as well as a comedian and this seemed like an excellent way to combine the two things I’m most nerdy about. Anyone who cares about music, at least a bit and that’s literally everyone, should be able to relate. Warning: contains Britpop.”

“Free-Fringe politics aside, Laughing Horse have an excellent set of well set-up venues at the Fringe, I did my first solo show The 90s In Half An Hour with them in 2011 and have a great time, they’re easy to work with, will do their best to help you out, plus they were the first promoters in the entire world to give me paid work, which shows they’re easily fooled.”

“Enthusiastic, breathless, self-deprecating, nostalgic, overweight, giggly, moonfaced, some psychiatric issues… wait… I’m just describing my personality now. Although come to think of it, that still works as a description.”

“Don’t let anyone tell you the pony tail doesn’t work, you’re really working it. Also ignore that goth girl in the year below – nothing but trouble.”

“Andrew O’Neill, Matthew Highton, Adam Larter, Wil Hodsgon and Rebecca Taylor from the band Slow Club, who isn’t technically a comedian but really should be.” 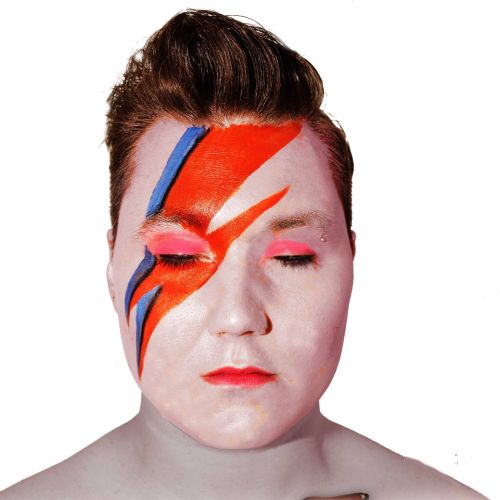