Diane Spencer is comedian, actor and writer. She first performed stand-up in 2006, when living in New Zealand, but is now based in the UK. Since winning the Chortle Award for Best Newcomer in 2011 she has written and performed a brand new show every year.

Hurricane Diane is about being optimistic when you’re naturally disastrous. I have a wonderfully revolting story about cystitis in it, but also more dark comedy moments such as my Mother discussing her death. It’s on at the Soho Theatre May 16/17 and I’m going to film it to put on YouTube. I’ve done that with all my shows to date.

How long have you been performing?

How do New Zealand and the UK differ on the entertainment scene?

New Zealand has less night time/indoor attractions, but they have a thriving daytime/outdoor activities culture. It depends on what you want. NZ has one full-time comedy club so that tells you why I left. It has theatres, art galleries, fashion shows, burlesque and bands that tour bars, just on a smaller scale but it is a country of just over 4 million people so naturally there’s less choice.

What is Fried Halloumi and what’s its attraction?

Halloumi is an intensely salty, rubbery cheese made in Greece and Cyprus. Fried in sesame oil with a sprinkling of dried chilli flakes it is a crunchy squeaky snack of indulgence we are lucky to have.

My show would be post watershed, Sky or C4, with content warnings – purely for protection of the work. The list is long – Kevin Shepherd, Carey Marx, Dana Alexander, Ian Cognito, Abogoliah Schamaun, Jo Caulfield, Ben Norris, Sean Meo and many more. Anyone who writes well and has something to say essentially. 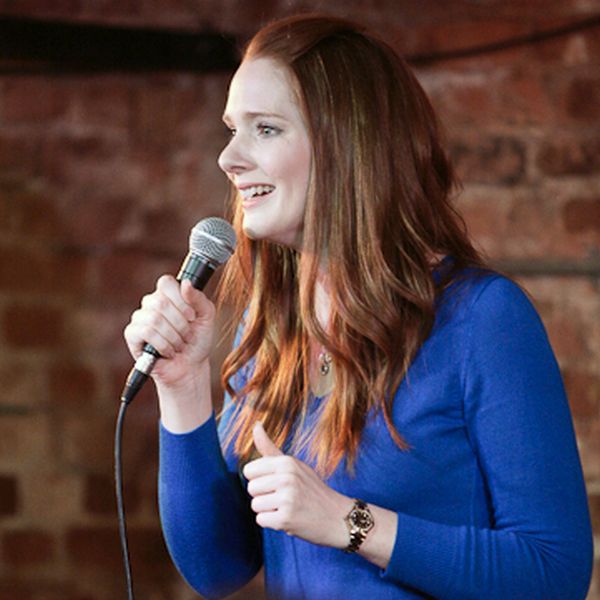