In its third year running, Austerity Pleasures returns to the Edinburgh Festival Fringe with a new hour of politics, social satire and leader lampooning, now with an international twist. As the UK tightens its belt, Martin Walker talks to Ben Morgan to find out more about the popular free show.

“As the show’s pun title suggest – it is a free political comedy show and we’re fond of wordplay. Me, Robyn Perkins and a guest comedian cover political and social issues, and look at what’s topical.

“Most other political comics are clever, well-spoken architects of long, humorous point-laden routines about heavyweight political issues. In contrast our show is very very, silly. Politics can be mocked and/or explained through many contrasting genres of comedy, but it usually isn’t. We try to buck that trend by showcasing a wide range of comedic styles. It’s fast paced and the show is absolutely rammed with short punchy jokes. There’s no waiting around for punchlines, it’s a lot of fun.

“Last year we were full for half the run and got a four star review, so I guess it’s working.

“I’m English and Robyn is an American. She was recently awarded British citizenship and her related jokes are fantastic, but she’s also great at covering events further afield in a hilarious way. I use picture-cards and props to give my gags that little extra oomph. Our show is different from the rest.”

“This will be our third year performing this show under the Laughing Horse stable ‘lols’, and the venue is very central, and always well attended. I like familiarity.”

Are we all in it together?

“I think the Tories finally laid that phrase to rest around the time Maria Miller fiddled the tax-payer out of £45,000 – via expenses and spent it on a house she owns in West London.

“She has since sold that house for £1.2m, and after a 14 month investigation, which ruled she should pay back £40,000; her MP friends over-ruled the judgement and reduced her repayment to £5,800 plus a 32 second ‘apology’.

“Since then we haven’t heard ‘We’re all in this together’. The jokes in the show are funnier than this one, by the way.”

How do you feel about Scottish Independence?

“Are they a band? Never heard of them.

“Scottish Independence bores the tits off me, and a vast amount of Scots feel the same way. I still haven’t made my mind up about it yet because I always fall asleep mid-think. On the plus side; I no longer suffer from insomnia!”

If you were curating a topical/satirical stand up show for television, who would be your guests?

“I’d invite people that have influenced us. People whose work we have stolen… I mean; ‘people who’ve inspired us’ – to plagiarise… The cast of Friday Night Armistice, the crazier moments from The Thick Of It, Mark Thomas’s stunts, the three bits that were actually funny on 10 O’Clock Live, Rory Bremner’s Tony Benn impression, the Bugle podcast at their silliest, a ranting Jeremy Hardy, and Mark Steel. And I’d force them all to be silent for the entire show, so we can watch Stephen Colbert’s show online.” 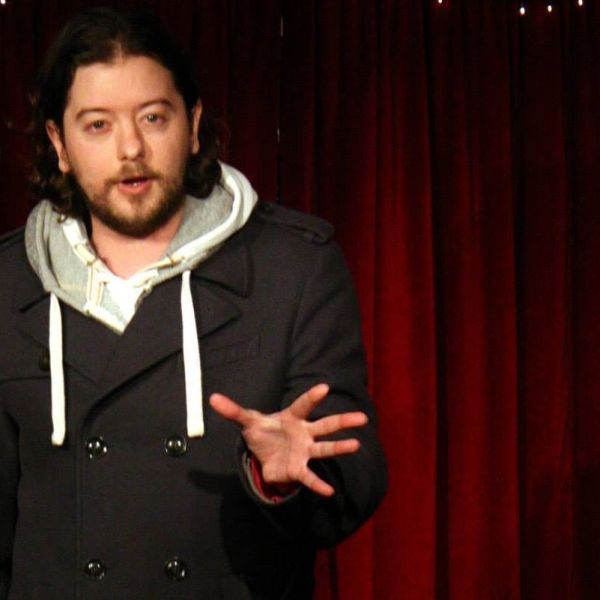