After storming the Edinburgh Festival Fringe last year, Luc Valvona returns with The Improvised Improv Show – a daily improv jam that absolutely anyone can take part in. He’s also bringing a solo musical comedy show to entertain Fringe audiences, as he explains via email to Martin Walker.

Tell us about your 2014 Edinburgh Fringe shows.

“I’m doing two shows this year; Amusia and The Improvised Improv Show. Amusia is my solo musical comedy show, which I previewed at the Brighton Fringe to positive audience feedback. I’m really excited about taking it to Edinburgh as is has lots of new material and features a whole new genre of music for your amusement.

“The Improvised Improv Show is returning after our success with it last year. It’s basically a daily impro jam, but in front of an audience, so anything can happen! Our tagline is ‘Taking improv to the next level – we improvise the cast!’ Any improvisers reading this can get in touch and come and join in.”

“Doing a free show is the most cost effective way to take a show to Edinburgh. I’ve heard that the majority of performers lose money at the fringe, whereas last year I broke even on my first full run of the fringe, which I’m told is an achievement to be proud of. I’m hoping I can do the same this year, or even make some profit – It would be nice to come away with something after a month’s work!”

Which comes first, music or comedy?

“I always thought I’d be a serious musician, but I got bored of writing serious songs. I’d always get much better reactions with comedy songs, but then nobody would take me seriously as a musician.

“Comedy audiences actually listen more than music audiences, but there’s a different pressure to be continually entertaining and funny, which becomes addictive when you get it right, in much the same way as when you see people dancing to your music. I don’t write much music to dance to though!

“I have two degrees in composition, which I say in my show is almost like having no degrees at all, but I can orchestrate, compose for choir, score for film and I’ve written a full length stage musical.”

What are the pros and cons of improvising, as opposed to working with a script?

“You don’t have to learn lines! Rehearsing is still important to exercise your improv muscles and learn the formats. Good improv connects the performers to their audience much more than anything scripted, as they feel in on the joke. Most comedians often say their funniest lines started as an improvisation.

“The best thing is when it’s truly spontaneous and the audience is going on a journey with you, you can just find something magical that works there and then and has everyone in stiches. Usually if you try to repeat a scene or just a line that brought the house down in a previous show it’ll never receive the same reception, so you just have to come up with something new. It’s much better to be in the moment.”

If you were curating an improv show for television, who would be your guests?

“There’s so much much talent in Edinburgh this year that It’d be too hard to choose – I’ve had some amazing performers come to The Improvised Improv Show last year, and hope we can get even more this year! Last year we were featured in an Al Jazeera documentary about Scottish independence, so the cast for that particular day was obviously suitable for television!” 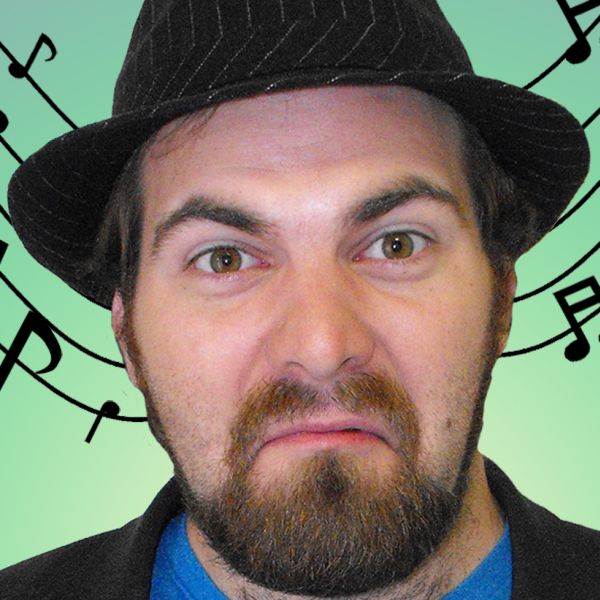