Ben Verth is a stand-up comedian, show producer for the Beehive Comedy Club, and one half of Doctor Who podcast On The Time Lash and Star Trek podcast A History of Star Trek in 100 Objects. Martin Walker finds out about his new Edinburgh Festival Fringe show.

“The show is called Ben Verth: Anxious. About 6 months ago I was having episodes of a thing called sleep paralysis which is where you suddenly wake up while your brain is still in a dreaming state, and you can’t move your body. You begin to panic and your mind starts creating the dream of a threatening presence around or situation to explain the experience. Experts believe sleep paralysis is the number one actual cause of people thinking they have been abducted by aliens.

“I knew what sleep paralysis was before it happened to me so when I experienced it I knew what was happening, but my brain still gave this weird alien abduction scenario. It was bizarre: I thought I was being abducted by aliens but I knew I wasn’t so there was an added cynicism to this mental struggle and it came across as some weird sci-fi parody experience that was probably worse than if I just thought I was being abducted.

“Anyway! The reason I tell you this is that sleep paralysis is brought on by acute stress – I’ve gone through a fair amount of life-changing events in the last few months – and after the SP incident I decided to confront all the stressful and anxious-causing stuff in my life in order to overcome it and move on, and this show is a cathartic way for me to explore and put it all into perspective.

“Admittedly none of the above screams ‘laugh riot’. I just sound totally unhinged and up my own arse.Come, though. It is funny, and I’m very proud of and happy with it.”

Why did you choose to perform as part of the Scottish Comedy Festival?

“Because I run it, is the simple answer!

“I’ve been the promoter of regular weekend comedy nights at The Beehive Inn on the Grassmarket for about three years now and when it came time to start talking about 2012 Fringe plans, the pub manager Ged and I started talking about instead of us handing the venue over to either PBH’s Free Fringe or the Laughing Horse Free Festival which we’d done in the past, why did we not start our own organisation and give our year-round comedy club and its acts a festival-scale stage.

“Some of the shows are offered for free with a donation in the bucket at the end if you’ve enjoyed it, and some shows charge entry, but priced fairly – around the £5 mark. It’s a great model that keeps costs down for both act and audience (no bad thing as the Fringe grows ever more bloated and ridiculous) and over the previous two years of the Scottish Comedy Festival we’ve been vibrantly and enjoyably rewarded with a high quality of shows as well as staggeringly full houses.”

For you is stand-up comedy a career choice or a calling – and why?

“It’s a calling. It selected me, I didn’t select it (other than I selected to give in to it and actively pursue it). There’re things I like and things I’m good at (I thought I might be a historian or an archaeologist or something), but ever since I started performing and writing comedy there is honestly nothing else I want to be doing, or that has gripped me in quite the same way.

“Whenever financial worries make me contemplate that maybe I might have to get another job and side-line the comedy, or worse give up, I genuinely get distraught and depressed. I love and enjoy and need it very much.”

“Not really. Not on stage at any rate. In real life though I’m forever having to apologise to folk.”

“Realistically, and far more essentially – since all these names deserve to have much wider recognition – I’d say Jo Caulfield, Vladimir McTavish, Gus Lymburn, Gareth Waugh, Rick Molland, Liam Withnail, Andrew Learmonth, Raymond Mearns, Keir McAllister and Jojo Sutherland. All great, and all of them will be performing somewhere in Edinburgh over the Fringe so check them out and rejoice.“ 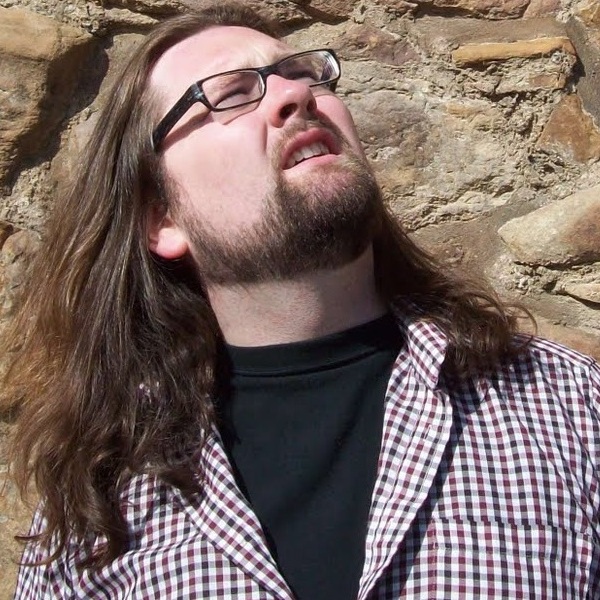