James Loveridge is a confident storytelling comedian who captivates and entertains audiences with his cheeky yet charming personality. In his first year performing he made the Semi-Final of So You Think You’re Funny?, won The Comedy Cafe New Act Night on his first attempt as well as beating the King Gong at The Comedy Store in Leicester Square. Martin Walker asks about his new Edinburgh Fringe offering.

“My show is called James Loveridge: Funny Because It’s True because all of my stand up is anecdotal and comes from my real life experiences. I’m often asked after gigs ‘That didn’t really happen did it?’ or ‘No way did you do that?’ and I figured it was a nice title for my first solo hour as it’s a collection of my best and funniest real life stories. The show explores love, relationships, work, family and how in every area I’ve managed to do something unbelievably stupid. If you fancy laughing at, or with me, then come along.

“This will be my third time performing at The Jekyll & Hyde with Laughing Horse and every year I’ve had a lovely experience. The venue is great, the staff are really friendly and I love being part of the Free Edinburgh Fringe Festival. Edinburgh audiences are quite savvy about the Free Festival and know that there are some really great free shows out there and I like the thought that audiences pay what they feel is right for the show, it creates an nice equilibrium between the audience and the act. My job is to make you laugh and if I don’t deliver then you don’t have to pay a penny. I think that’s fair.”

“I’ve always loved making people laugh and my family have always had a habit of telling funny stories to each other and I just picked it up from them. Not to go all X Factor-sob-story but I told myself I’d do stand up for years but it took the death of a close friend to realise that life’s too short to not chase a dream so a week after the funeral I booked my first gig and have been gigging ever since.”

“Possibly my worst experience was early on in my comedy career when I was asked to compete in a comedy competition in Romford, Essex, only to find out when I got there that it was in fact a talent competition and instead of other comedians I was competing against a troupe of dancing 8 year olds, singing housewives and Rylan Clarke. It was in a nightclub that had it’s own creche, the audience were mostly pushy teenage Mums and the set I’d planned wasn’t exactly a family friendly one. I performed to silence and it all ended with me apologising, putting down the microphone and walking out before the ‘Talent Judges’ could give their feedback. It hurts worse as I used to go drinking in that club when I was 18 and I was confident that I was past embarrassing myself in Romford.”

“Mark Thomas – He is one of my all time comedy idols and the first comedic I saw live,

“David Trent – He made me laugh so much last year my throat hurt,

“Celia Pacquola – She is utterly hilarious and a lovely person,

“Matt Price – He is a brilliant stand up and hugely under-appreciated,

“And because I’m curating this fantasy show I’d like to have myself on there too. A bit cheeky but I’d be an idiot not to.” 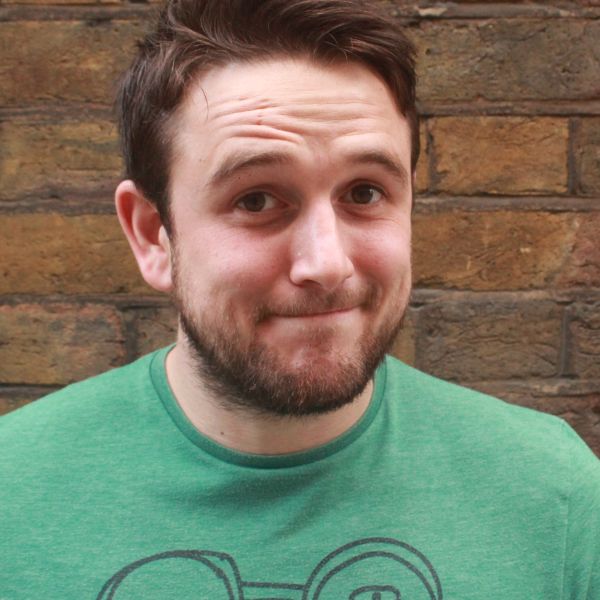