According to his website, Brent Weinbach’s stand-up comedy is weird and stupid and visual and post-modern and random… plus he has a t-shirt with his name and his face on it. Martin Walker asked about his Edinburgh Festival Fringe show, Appealing to the Mainstream.

“Appealing to the Mainstream is about a weird man named Brent Weinbach who, through and abstract discourse, attempts to adjust his quirky personality in order to fit in with the world around him. So for example, he might, at one point, serenade someone on their birthday, but he’ll sing like Keith Sweat so that his froggy monotone voice is more appealing. Or he might put on some smooth jazz so that everything he does becomes sexy -because as he proves in the show, smooth jazz makes everything sexy. Or he might start wearing tight, cut-off jean shorts so that urban kids will like him more. So basically, the show is about Brent becoming sexy. No, it’s about other stuff too. Something like that.”

“Absurd and weird and stupid and visual and post-modern and random and other stuff. It’s not about the words, it’s about the sounds of words. It’s a visceral experience. It’s basically, stupid and ridiculous presented with a serious, straight face. It’s not cerebral. It’s not meant to require thinking, just reacting.”

“Go to the bathroom, wipe up, and call me in the morning.”

You won the Andy Kaufman Award.

“The Andy Kaufman Award is given out once a year to recognize innovation in stand-up comedy. It seems as though it has to do with playing with audience expectation and making the people question “Is this for real?” It also has to do with commitment. Committing to things so fully that people wonder if you’re crazy and are confused about who you really are. That seems to be the spirit of Andy Kaufman and what that award is about.”

“R. Kelly is hilarious. R. Kelly might very well be Andy Kaufman in disguise, having faked his death. 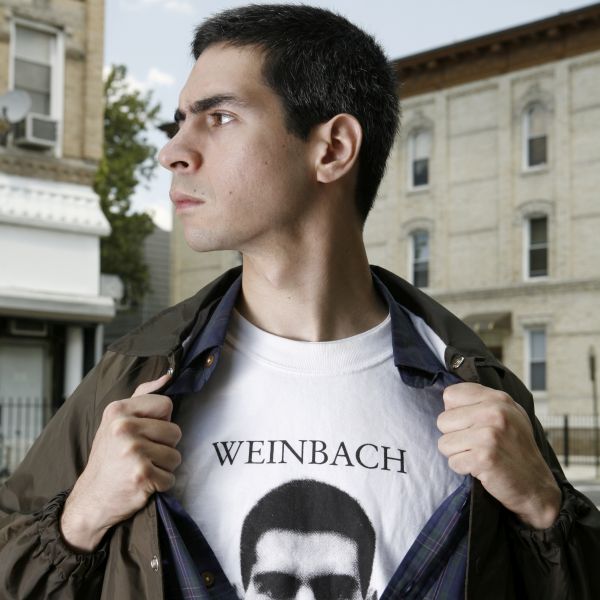