Comedian Deborah Frances-White was adopted as a new-born baby. This Edinburgh Festival fringe she presents the true story of her search for her biological family, Half a Can of Worms.

“It’s a true story about finding my biological family, having been adopted as a new born baby. In October 2012 I stumbled across some information about my birth mother on the internet and went on an all-consuming online treasure hunt. I didn’t want to find anyone at first. I just wanted to look. But it turns out you can’t open half a can of worms. I wrote the show as I lived it, talking about each day’s new discoveries on stage that night which means it’s the most truthful show I’ve ever done and the most factual – which aren’t always the same thing! It’s a surprisingly funny thing to do and pretty much a cliché-free experience.”

You’re described variously as a stand-up comic, improviser and screenwriter. Which do you prefer and why?

“Depends what I’m doing. Stand up is a rush. Improvising is all play. Screenwriting lets you play God. If I could drop one I would, to give myself more time. I don’t improvise as much anymore but at this year’s Edinburgh Fringe I’m doing a show called Voices In Your Head where I sit in the lighting booth and play a disembodied voice interviewing and sometimes even interrogating well known comedians and actors – and that’s a truly exciting thing to do.”

“People always used to say I did self-help comedy. My show How to Get Almost Anyone to Want to Sleep With You was in a part a treatise about how the audience could feel more sexy and a fury against low self-esteem. But these days I am favouring storytelling. Half A Can of Worms is listed under storytelling comedy rather than stand up because it gives me permission to go to darker places or have a moment of stillness that I might not allow myself doing stand-up. I have a Radio 4 series coming up soon called Deborah Frances-White Rolls the Dice which is four half hours of storytelling stand up about big life choices I have made.”

Tells us about your forthcoming book that you’ve been commissioned to co-write.

“I’m writing a book for Bloomsbury called Off the Mic with Marsha Shandur. It’s about stand-up comedy – how it’s written, developed and performed and what kind of psyche you have to have to want to do it. I co-wrote a book with Tom Salinsky called The Improv Handbook which really took off and so was asked to write another on stand up. But stand up isn’t a collaborative art form like improv so I felt I needed to interview a range of comics so we could explore a variety of ways that funny happens. It’s been fascinating to say the least. I am mostly amazed by how many well-known comedians write their best material on stage when they have to grasp for something… anything – in the moment.”

“Too many to say. But right now, off the top of my head – for Season One – Tim Minchin, Louis CK, Thom Tuck, Sadia Azmat, Nina Conti, Joan Rivers, Sarah Millican, Marcus Brigstocke, Phill Jupitus, Bridget Christie and Sofie Hagen. I’d say Daniel Kitson but he doesn’t do television. Also Bob Newhart’s still alive. Can we still get him? And Bill Cosby! One night on a bill with that guy and you could die ecstatic.” 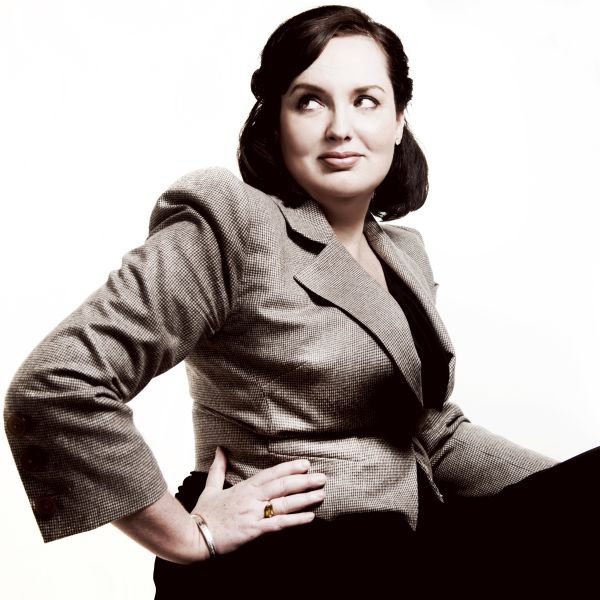