Very few reviewers are as well-known as Bruce Dessau. He’s the comedy critic at the London Evening Standard and writes extensively on comedy at his popular website. His latest book Beyond a Joke explores the darker side of stand-up.

What first drew you to Stand-Up Comedy?

I’ve been interested in stand-up comedy for as long as I can remember. Probably seventies TV shows are my earliest memories. Not just Granada’s The Comedians with the likes of Bernard Manning and Frank Carson, but pretty much anything with stand-up on it, from Opportunity Knocks and New Faces to those BBC Summertime Specials direct from Blackpool. Looking back stand-up then was at best pretty corny, at worst, politically incorrect, but I was young and innocent and didn’t know any better. That’s my excuse and I’m sticking to it. I think Alan Davies said something like TV is twice as good now because his brain was only half-formed back then.

Who was the first comedian you remember finding funny?

I was lucky enough to be in London when the Comedy Store started – I went to a lot of small music gigs in clubs at the time and it seemed natural to go to the Store too. In fact there was a – very brief – period when the Store was in Leicester Square and I’d go twice a week – to the comedy on the Saturday and Goth club The Batcave on the Wednesday, so it was a bit of a double life. That first generation of new wave comics – Mayall/Edmondson, Keith Allen, Alexei Sayle, were the first ones I found really painfully funny and also saying something relevant that seemed to chime with me.

Did you imagine that you’d grow up to be a comedy critic?

I never considered comedy criticism as a career. In fact I never even considered journalism as a career until, quite out of the blue, I still don’t know why, after university I decided to send a music review into the NME. It was accepted and I started writing for them. There wasn’t really anywhere to write about comedy back then but I did review a few stand-up shows for the NME – John Hegley still quotes a line at me that I wrote about his band The Popticians – “Winfield wall of sound”. It was in the 1990s with the comedy-as-new-rock-and-roll thing that there was more scope to write about comedy. Before becoming a reviewer I edited a regular comedy section in NME’s monthly spin-off Vox.

Your book, ‘Beyond a Joke’ explores the darker side of stand-up comedy. Why have comedians often struggled in the ‘real world’? Do you think that today’s comics have similar issues?

Before I wrote the book I thought that the era of comedians having a dark side was a thing of the past, but I think that was a little naive. There definitely seems to be a pattern of dysfunctional behaviour in stand-ups. We may not have had someone as famous or as feted as Tony Hancock committing suicide in recent years, but there have been plenty of troubled comedians in the modern era who have had therapy or sought other forms of expert help. Let’s face it, comedy is an odd job. Comedians are simply an odd, often fucked up bunch. Worse than actors and rock stars.

Have you ever been offered bribes, gifts, or even sex in exchange for a positive review?

I’ve actually never been asked that before. Let me think. No. When I was a music journalist people used to talk about receiving albums in the post and when you took the album out there would be a bribe of cocaine inside the sleeve, but I think that may have been a myth or wishful thinking among journos. It never happened to me then and it has never happened to me when I opened up a stand-up DVD. You get sent little things in the run-up to Edinburgh – sweets, mini-bottles of whiskey, badges – but they are too feeble to count as bribes.

Very tough questions. I don’t believe in positive discrimination/affirmative action. Guests have to be chosen on merit. However, when you are putting a panel together I think it makes sense to have at least one woman on the panel just for sheer variety. Who wants to see a bunch of blokes – often the same faces. The other Friday I was flicking between BBC and C4 and Dara O’Briain and Josh Widdicombe were both simultaneously on both sides. Both are hilarious of course, but that really did feel like over-exposure. I’m not sure if it is a ban on all-male panel shows, just a change in policy and generally a good one. The trouble is we might start seeing the same female faces and get tired of them just as much. The other option is to use newer performers and then they may not be of a high enough standard, because the talent pool is smaller, so it’s a very tricky balance to strike.

It’s obviously a shame about BBC3 being axed. Other critics have already listed all the great programmes that have started on the channel already. But great comedy broke through before BBC3 and it will break through without it or via the online version. It will be interesting to see over the next few years whether viewers start migrating from TV sets to online viewing in general, in which case BBC3 being online will not seem like such a big deal anyway. The boundaries are getting blurred anyway with TVs with internet capability and connections to link laptops to TVs (that reminds me, I must sort my connector out). Of course it is easy to say that more money should be spent on developing comedy and if BBC3’s budget for development shrinks that is a pity, but it is worth remembering that these days there are so many places for new comedy the BBC is far from the only game in town. Apart from the other channels and the likes of Yahoo and Netflix making programmes it is so much easier to go out and make your own programmes as Richard Herring is doing.

If you were curating a stand up show for television, which six comedians would be on the bill?

Bill Hicks – if you could bring him back from the dead.

Vic & Bob – my all-time TV favourites but they never worked as well on other people’s shows as they did on their own so this is a bit risky, but good to have them for old time’s sake.

Johnny Vegas – at his dangerous, unpredictable best, not the slightly diluted (but still good) version we see now.

This probably wouldn’t be on the BBC as there are no women on it. Maybe Sally Phillips could MC. 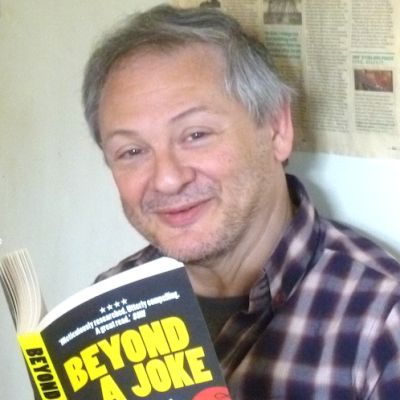