It’s an on-stage version of my podcast My Seven Wonders (About 30 episodes available on-line, wherever you get your podcasts)

Each episode is a roughly one-hour, one-on-one interview with one guest at a time. The conversation is built around the guest’s choice of seven personal wonders. These can be anything great or small – animal, mineral, vegetable, human or whatever.  They can range from a fantastic monument or a favourite childhood teddy bear.

At this year’s Edinburgh Festival, I will be interviewing a different person every day to create new episodes – in front of an audience – it will be a bit different – with any luck, even more fun

Who is Clive Anderson?

I am either the best or the worst person to answer this question, but how about…..

You’ve had a long and varied TV and radio career spanning several decades. Many still remember you as the original (and best) host of Whose Line Is It Anyway? Which moment in your career, however obscure or popular, that you are most proud of?

I rather like a TV documentary I made a few years ago about the Bayeux Tapestry, and a talk  I did  on Radio 3 about King Harold and there’s  programme  I made in the Amazonian Rain Forest for Radio 4 that I remember fondly.

You’ve interviewed countless celebrities over the years, often asking the questions that other talk show hosts wouldn’t. Which answer to a question sticks with you the most?

In a TV interview, Stephen Fry once called me a pig eyed sack of shit. I think he was joking. 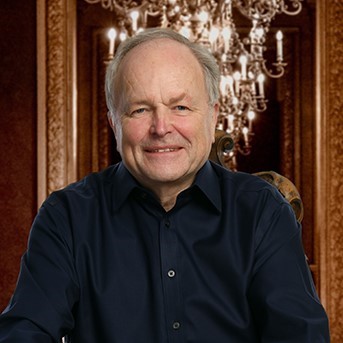