Edinburgh Festival Fringe show, Bring on the Apocalypse, is a bad-ass adventure of teeth-shattering proportions where ex-cage fighter O’Mahony kicks the door of political correctness off its hinges. Martin Walker learns more.

“My show Bring On The Apocalypse is a essentially calling out the bunch-of-pussies-generation that’s taking over society for a fight. And trying to prove to audiences that I’m the man to do it. There’s a possibility of me being committed too though.”

“Simply down to the huge infrastructure they have in place, from venues, tech support and advice.”

“I’d always liked stand-up. Especially the cranky style, from Jack Dee to Bernie Mack. A few years ago I was driving an old Toyota Hilux for a construction company, it didn’t have a radio. So for hours on end I drove around contemplating jokes. A while later I was telling a work colleague a story and she laughed so hard she ruptured a vessel in her nose. Two days later she booked me into an open mic – unbeknownst to me… we all head out for works drinks to the comedy club in Cork, next thing I know, I’m getting called on stage doing my first five minutes.

“I’d been an MMA cage-fighter for a few years but nothing compared to the first-gig rush. Thankfully it went well and almost no blood was spilled.”

“Best and worst? That might be the same gig depending on how you look at it.

“I once did a gig to a room of the Irish Countrywomen’s Association ladies. That was an eye-opener as to how filthy old birds can be.

“I hosted a gig in a disused bar to three hundred rednecks where two guys in the front row had brought their shotguns and twelve dead rabbits – they’d been hunting – in with them. I do like shooting, so I addressed the situation by asking one of the lads for their gun – I made sure it was unloaded – and clicked it closed before pointing it at the audience to warn them that they better fucking enjoy themselves. They loved it. I know my people.

“The best so far was doing my own show in the Civic Theatre in Dublin to a sold out audience this year – I only actually knew about five percent of the crowd.

“I get to support Stuart Francis at this year’s Vodafone Festival in Dublin, that should be epic. But getting to act alongside the late great Rik Mayall last year for an Irish TV comedy was definitely the highlight.” 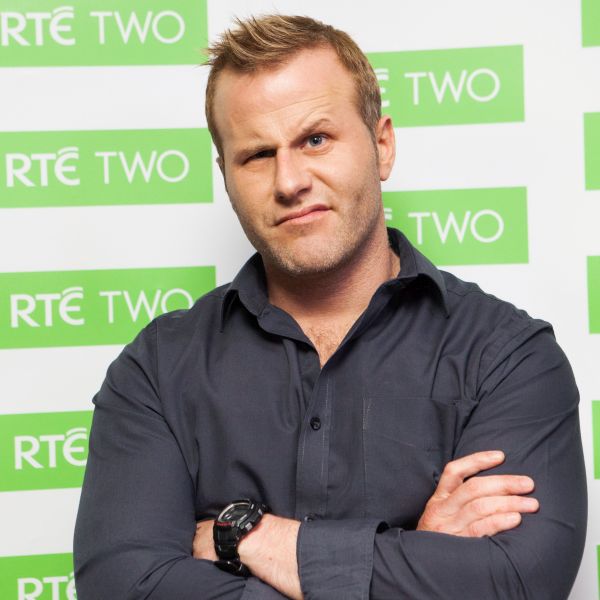