Times are tough. The single life struggle is real. So I’ve basically decided to ‘pretend’ to put on a comedy show, but actually lock an audience in a room and force them to date me.

It was so fun! My mum came, which was so awkward when she heard all the jokes about her.

YES! I fill up my pineapple with wine and I dance to Cheryl to hype myself up.

I’m so new to this that all my reviews are from friends, they range from “you’re so brave” to “you were the best show we saw at the Brighton Fringe” to an unwanted wikipedia edit last year “he’s not funny”. I am funny though I promise oh my god please come to my show.

Of course! I’m totally insecure and self-obsessed what a ridiculous question.

They’re great! It’s reviews, and comments from friends or the public that really push me forwards!

It’s how you deliver it! I think there are a lot of subjects that are not suitable for all sorts of performance, conversation and comedy, but if they’re grounded correctly and you’re coming at it from the right place you can create a safe space for people to laugh at the darkest stuff.

I once asked a guy if he wanted to try and make babies with me on the first date, that was pretty far- oh sorry you mean comedy… of course! ‘The Boy In The Striped Pajamas’ joke is no longer in my show after a pretty mute response at the preview!

I co-host an award winning comedy podcast A Gay and A NonGay and our live performances of that are always such a good laugh- exploring the admin behind gay sex and my co-host Dan’s obsession with ‘liking heavy metal music’ also making him a minority too, is both offensive and hilarious. We’re also at the Ed Fringe, August 16th & 17th, Moriarty’s at 11pm! As this is my first solo show, #ThirstTrap is defo set to be the best gig of my career so far. 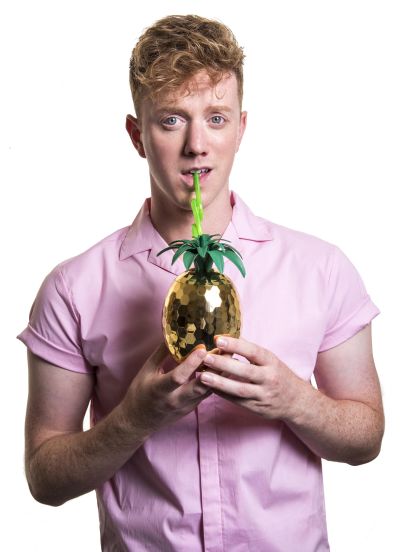