Nicole Harvey trained extensively in the Meisner Technique in Los Angeles and in London with the late Jean Fennell. She has also studied Movement, Improvisation, Voice and Sight Reading. You can catch her one woman show Delicious and Dateless at this year’s Edinburgh Festival Fringe.

“It all spawned form writing a comedy monologue which was well received. Each point I made lent itself to content for webisodes, so I sprang into action and have had some real talent on board. Episode 1 The Valentine’s Conspiracy is on YouTube. I was encouraged by various comics to develop the material into a one woman show and I just rolled with it!!

“I haven’t even had time to fart since then! I’m really excited though – it is my first time performing at the festival! The show is called Delicious & Dateless and is a blend of personal story, role playing, and social commentary / stand up.

“It is the story of a comfortable in her own skin 40 year old still hot, still single. She is forced to re-strategise since her BFFs all moved country, ‘moved to the country’, or disappeared into motherhood. She doesn’t want to shop online for love, and is in culture shock, struggling to relate in this cyber-centric, tinder-tastic, selfie posing disconnected era! How does one make eye contact with anyone in a world hunched over smart phones! She still likes to tear up a dance floor. She is no Bridget Jones nor a ‘man hater.’ The inappropriate setups by pitying couples who have found the Holy Grail of Marriage, who force her to apologise for enjoying childless freedom! The hilarious mismatches with much, much younger acquaintances.”

“Seasoned performers – my mentor Cynthia Levin, and trusted friend Anil Desai recommended Freestival – it is always exciting to be part of something new, and being offered Cowgatehead from 1st-14th August – as a venue was a clincher.”

“I got egged on to do it really! With this project it is a fit, and it genuinely does feel like something I need to say, and people relate to it. We’re in one of the biggest cultural shifts known to modern man so it is a rich vein to tap!

“I like variety so my journey has taken me to all sorts of places – I definitely dived into some deep ends that had no water in them! I guess from working in it before, I enjoy the production side of things – making shit happen gives me a real buzz although admittedly with the webisodes wearing all the hats frazzled me! I need to work harder on my hologram – glitter and spit in a petri dish isn’t working! I also really enjoy writing and performing too in various forms – err perhaps not mime though!”

“Ooh it would be fun to make it a soiree. So let’s see – I love the poetic, philosophising Dylan Moran, Billy Connolly has always been a favourite, My friend Anil Desai can be so many people – so he would be a must, Cynthia Levin as Linda Lovin could sing to us, Chrys Columbine could perform burlesque, perhaps Bec Hill can draw some pictures for us, oh and Scott Capurro to shake things up a bit.” 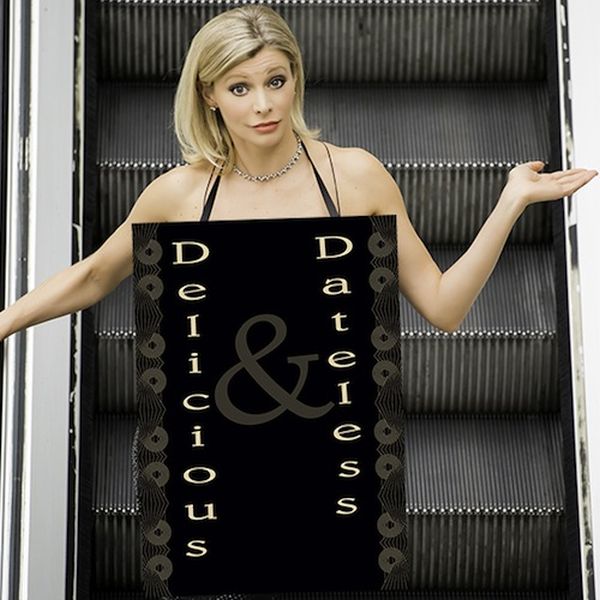