ComedySportz is an award-winning competitive comedy show that sees two teams go for gold with quick-witted gags and games. It’s completely unscripted and fun for all ages. We wear snazzy sports kits because it’s comedy as a sport – but not about sport – as the the red and blue teams improvise sketches, games and maybe even a song or two as they go toe to toe for the biggest laughs. There is a referee on hand to ensure a good clean match with penalties for bad behaviour or bad jokes. Who wins? The audience decides!

This is our 15th year at the Fringe – yes, we’re counting the pandemic year we did online and the time we only came up to perform at Comedy Club 4 Kids – and it really is one of the most fun things we do each year. Well, about two weeks in, it’s one of the most exhausting and we hate it for maybe a couple of hours… usually this is resolved by a trip to PieMaker for a tattie dog or Mac and Cheese pie. It’s probably really cheesy, but there is just such a great buzz and excitement at the festival, being surrounded by creative, talent people, making connections, getting inspired and being able to play to lovely audiences every day.

Well, we couldn’t play any of our games or do the show without audience sugggestions so… the audience! Yep, another cheesy answer, but there are thousands of shows to see at the fringe so we have to give the audience that chose to see our show the best time, every time!

So many shows! Baby Wants Candy is always on our list. We’re also hoping to catch the fab Improv on Demand. Jon Culshaw in Les Dawson: “Flying High” is also on the list if there are tickets left, Andy Hollingworth’s photo of him in character is fantastic. We’re also really looking forward to seeing Classic! after seeing some early iterations of the show in Manchester. And for something a bit darker, we’re hoping to catch Norris and Parker: Sirens. And, more than that, we’re hoping to, ahem, improvise and catch something totally unexpected – that’s what the fringe is all about!

What are the three things you you think people should know before going to their first fringe?

There’s no point trying to predict the weather on any given day – you will experience all the weather types, sometimes all at once. Find somewhere quiet that can just be yours to escape to – for a while the store room at the Three Sisters was ours. There’s a much less steep way to climb Arthur’s Seat and make sure you actually have time to get up it and back if you have tickets to a show – you don’t want to miss ComedySportz! 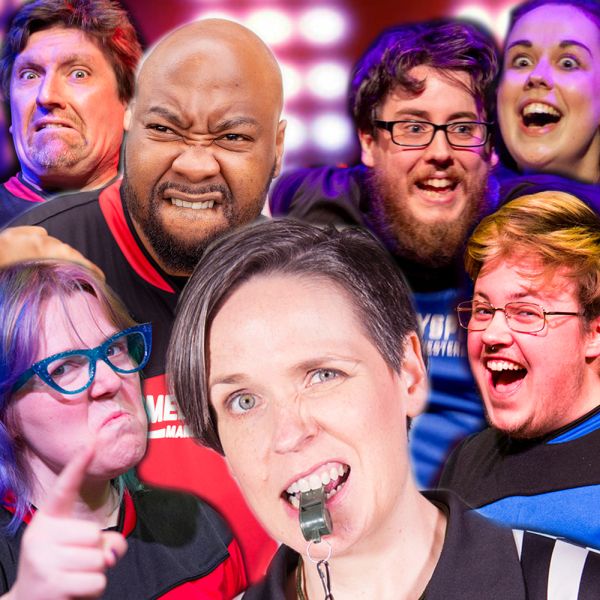