Felicity Ward is a multi-award winning, Melbourne-based, stand-up comedian, comic performer, writer and actor. She is most well-known in Australia for her work across the television including The Ronnie Johns Half Hour. This year she brings a new show, The Iceberg to the Edinburgh Festival Fringe.

“It’s a show about perspective, told through the medium of jokes, with references about but not limited to: cricket, racism, watermelon hats, bosoms, crying, foreign words, and the perils of smugness, body-rolls and Twitter exchanges with vitriolic reverends.”

“You will be rejected by every drama school you audition for next year… and the year after that. But don’t worry, you get to work with your comedy heroes in about twelve years’ time. Also, you’re going to regret that haircut. It suited Paula Yates, not you.”

You’ve performed the show across the Australian comedy festivals. Has it gone down well?

“It was horrible. I nearly gave up stand-up comedy. Kidding! I just thought that was more interesting to read that than: it was great. Lots of people came and laughed and said nice things. Zzzzzzzzzzzzz”

“I would have a rotating cast so I could have all the people I laugh at most on there. Celia Pacquola, Sarah Millican, Eddie Peppitone, Tom Allen, Maria Bamford, Amy Schumer, Matt Okine, Ronnie Chieng, David Quirk, Roisin Conaty, Joel Creasey. There are fifty more I could name, but I reckon you’ll run out of space. And I would have the Pixies as the house band. And when they couldn’t play I would have The Horne Section close the show… every week.” 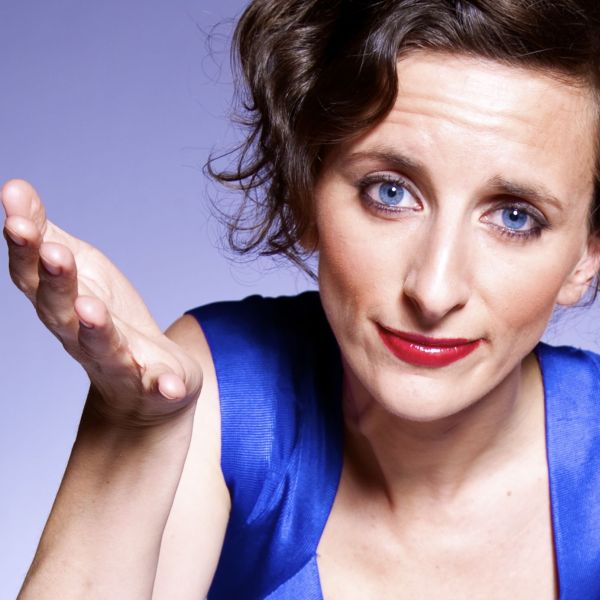